A Pastor’s Thoughts on Confession and Communion 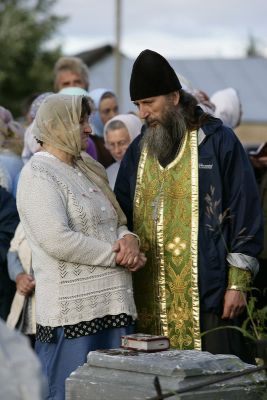 But I have noticed some things over the years about this issue:

At the same time, I have met maybe three or four priests in my lifetime that I believe have the qualities to actually be spiritual elders. I won’t embarrass the living ones, but Fr. Alexander Schmemann was one.

As pastors, we sometimes forget that we can’t order, demand or nag our faithful into heaven. We must constantly preach the positives of what is expected of them (us!) instead of the negative blasting away at what “they” aren’t doing.

I encourage my parishioners to come to confession as often as possible, but I know that for many of them it boils down to a couple of times a year. That is the best I can expect right now. I certainly don’t preach a sermon about how the congregation is going to suffer the fires of hell because they don’t come to confession enough. I might, however, preach a sermon about the necessity and value of a good confession. Is a forced confession that begins “because you told me I had to come, Father…” any better than no confession? It is the same for Saturday evening services. Can I “force” someone to come to Vespers/Vigil? Probably — at least I can withhold the sacraments if they don’t come. So then they don’t come to Vespers and don’t come to the chalice. Great “victory.”

What is enough? What is a “complete” spiritual life? Do each of us priests have it? I’ve had parishioners that desired confession almost weekly — and it was, spiritually speaking, often a waste of time — sometimes even a delusion.

Many times people simply use the priest as a therapist and a crutch. They can’t deal with their (name it — sexual problems, alcoholism, marital problems, dishonesty at work, etc., etc.) and couldn’t afford a real therapist, so they come to absolve their consciences ,not their sins.

At the same time, some parishioners come to confession once or twice a year and shame the priest by the depth of their confessions — they take it seriously and prepare themselves very well. Who is better?

I find it very difficult to demand spirituality of my flock that is not demanded of me by Christ or my own spiritual father. I struggle with my own confession — never feeling well prepared, sometimes just “fitting it in” to my schedule, going “because it’s Lent.”

I feel my spiritual father should just shake his finger at me and ask me when I am going to get serious about my spiritual life. If I struggle almost daily with prayer, fasting and the Christian life, how can I beat up my parishioners about the same things? I am haunted daily by the passage from Matthew read at Holy Tuesday Matins (“Woe to you, scribes and pharisees, hypocrites…”).

Finally, General Confession can be a very useful tool for our faithful. It is not for everyone, and shoudln’t be used during any of the Fasts (Great Lent, the Apostles Fast, Dormition Fast, Nativity Fast) — the connection between personal repentance and fasting is too important. People who might never give their spiritual lives a second thought have commented how much they’ve learned by going to General Confession. A thoughtful general confession leads individuals to a greater awareness of their own sins, and can lead to deeper repentance. It is also a way to get them thinking about their sins in a more regular manner when you know the frequency of personal confessions is not going to change.

We must avoid the abuse of the sacraments of confession and communion. We need to understand repentance and approach the chalice with proper preparation. But I would rather trust in the mercy, kindness and forgiveness of God for those who might approach the chalice with less than total preparation than offend Him by simply not approaching at all. It is better to eat and have a chance to live, than abstain and surely starve to death.