A Reason for the Hope that is in Us

Source: No Other Foundation
Archpriest Lawrence Farley | 13 May 2019 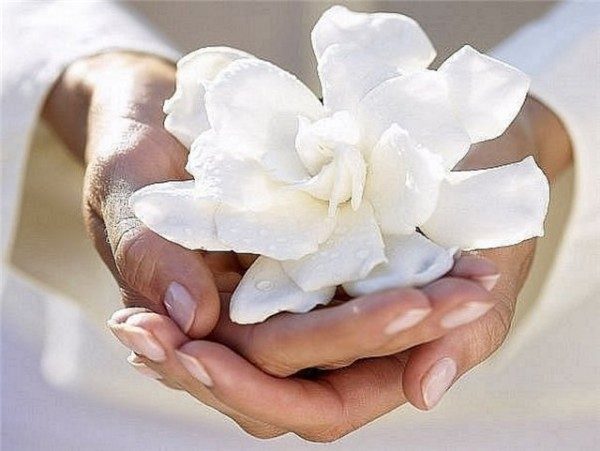 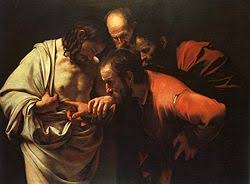 “Blessed are those who have not seen, and yet believe.” These words of Christ, spoken to Thomas and recorded in John 20:29, have often been misunderstood. Some suggest that Christ was offering a blessing to those who believe in Him without any evidence at all, who accept Him on blind faith. This is not what Christ meant, for Thomas never accepted Christ on blind faith in the absence of any evidence. Indeed, Thomas had plenty of evidence and reason to accept Jesus as the Christ, including the many miracles he saw Him perform. By these words Christ was not affirming the necessity of blind faith, but offering a blessing to those who believed in Him even though they never experienced a resurrection appearance as Thomas did.

For there are all sorts of reasons for believing in Christ and all kinds of evidence for the truth of Christianity, even apart from experiencing a Resurrection appearance as did the apostles. St. Peter told his new converts to always be ready to make a defense to anyone who called them to give a reason for the hope that was in them (1 Peter 3:15), and so Christians must have reasons for their hope in Christ. I would like to mention three of them, three pieces of evidence for the truth of Christ’s Resurrection.

These pieces of evidence all presuppose the essential reliability of the Gospel accounts. That in itself is not unreasonable, for the Gospels can all lay claim to relate first-hand eye-witness testimony: Matthew was one of the Twelve, as was John, who repeatedly stressed the first-hand nature of his testimony (e.g. John 19:35, 21:24). Luke wrote his account after consulting with many first-hand witnesses (Luke 1:1-4), and Mark wrote his account after listening to Peter’s reminiscences in Rome. And the first three Gospels were written within about thirty years of the events they recount—i.e. they were practically contemporaneous with those events. Moreover, the Gospel writers wrote and circulated their writings while surrounded by a hostile group of people (the unbelieving Jews) who would have contested and contradicted their reporting if it veered from the known facts, and this hostility acted as a kind of control to keep the writers’ accounts accurate. So we may have confidence in the essential accuracy of the Gospel accounts.

The first piece of evidence is the emptiness of Jesus’ tomb. The apostles were publically proclaiming in the very heart of the Temple the Resurrection of Christ (and the consequent guilt of the Sanhedrin for the crime of having the Messiah crucified), and all the enraged Sanhedrin could do in response was to arrest Peter and John and to threaten them, telling them to cease and desist (Acts 3-4). They could have shut down the whole apostolic enterprise and crush out the nascent Christian movement then and there—all they needed to do was to produce the corpse of Jesus, who had been buried a scant distance away from the Temple. But this they did not do. Why not? Obviously because the corpse of Jesus was no longer in the tomb and available to them.

So where was it? Why was it not in the tomb? The apostles’ explanation was that the tomb was now empty because God had raised Jesus from the dead, and that Jesus had emerged from the tomb, meeting with His disciples during the following forty days before being taken to heaven. The Jewish explanation for the emptiness of the tomb was that the disciples came by night while the Roman soldiers guarding the tomb were asleep and these disciples stole the corpse (Matthew 28:12-15). Let us examine this explanation at greater length, for it contains a few problems.

The first problem with the explanation is the presupposition that a Roman soldier on guard duty would fall asleep—something which would bring swift and violent response from his commanding officer if he were caught. Yet this story asks us to believe that all the soldiers on guard duty fell asleep, and all at the same time, and that they fell so soundly asleep that the disciples sneaking up, unsealing the tomb, moving the huge stone, and making off with the corpse didn’t wake them. Even harder to believe is that the disciples stopped in the midst of this dangerous theft and took time to strip the corpse of its grave-clothes before carrying it away (compare John 20:6-7).

The Jewish explanation produces more questions than answers. Even if the apostles couldsomehow have sneaked up unseen on the Roman guards, and waited until all the guards fell so soundly asleep at the same time that they did not stir when the stone was noisily moved and the corpse stripped and stolen, why would they do this? What did they have to gain from it? All they had to gain from their leadership of the Christian movement is what they in fact did gain from it—namely, suffering, poverty, hardship, and eventual martyrdom (see 1 Corinthians 4:9-13). And where did they then bury the corpse? And how could such a burial escape detection in a city swarming with their enemies to such an extent that they had to lock the doors when they met together? (see John 20:19). And why would they persist in such a lie? It is incredible to imagine that such a colossal conspiracy would not somehow have leaked out, especially as persecution arose. Moreover, the Jewish explanation is not even self-consistent: if the guards were all asleep, how could they know that it was the disciples who stole the corpse? The whole thing is harder to believe than the Resurrection.

The second problem with denying the historicity of the Resurrection of Christ lies in the change in the apostles. From the time of Jesus’ arrest, during His trial and crucifixion, and immediately after His death, they all displayed tremendous cowardice—or (to put it more charitably) a tremendous concern for their self-preservation. During His arrest, they all forsook Him and fled (Mark 14:50), and Peter, when challenged a number of times as to whether he was part of His movement, repeatedly denied even knowing Him (Mark 14:66f). None but John were present at His cross, and after His death, when they met together, they made sure that the outer door was locked, for fear of being arrested by the Jews—all in all, not a great display of courage and boldness. Yet fifty days later they were so bold that they publically preached to anyone who would listen that Jesus was the Messiah, risen from the dead, and openly accused the Sanhedrin of disowning the Messiah and having Him killed (Acts 5:28). Arrest, flogging, and threats of further punishment could not deter the apostles.

The question is: what produced this change of heart and inspired this new boldness? The apostles explained it by saying they had seen the risen Lord. If they did not in fact see the risen Lord, what other explanation could there be for such a swift, radical, and unanimous change of heart among all of them? The question becomes more acute as persecution of the Church intensifies: even when martyrdom threatened, the apostles continued to preach that they had indeed seen the risen Christ. Who would die for what they knew was a pointless lie? The apostolic boldness is only explicable if they were telling the truth about the Resurrection.

The third problem with denying the Resurrection of Christ is the conversion of Saul of Tarsus. He was adamantly opposed to the Christian movement, and took drastic and effective steps to try to crush it out. He was present for the martyrdom of Stephen, and ravaged the Church in Jerusalem, entering house after house and dragging off to prison the disciples of Jesus, both women as well as men (Acts 8:3). Not content with this, he requested and received authorization from the high priest to journey to far away Damascus and arrest any disciples of Jesus he found in the synagogues there. Accordingly, he journeyed to Damascus, but upon arriving there, when he entered the synagogue, instead of denouncing Jesus as a false-Messiah and arresting His disciples, He proclaimed that Jesus was indeed the Messiah. What produced such a sudden and stunning volte-face?

Saul (also known as Paul) explained it by relating that as he approached Damascus he received a visitation from the risen Jesus, an encounter which converted and temporarily blinded him. Then one of Jesus’ disciples, Ananias by name, found Saul in the city, explained that Jesus had appeared to him in a vision, and sent him to heal Saul of his blindness, which he did. If one rejects Saul’s explanation of what caused his volte-face, what other explanation could there be? And once again, we may ask, why would Saul lie? What would he have to gain by it?

There are other reasons for accepting the truth of the Christian Faith as well—reasons having to do with subjective experience of the presence of Christ, and of contemporary miracles and answers to prayer. But these three historical reasons, I submit, are sufficient—or at least they were sufficient for me. If Christ did rise from the dead, then the emptiness of His tomb, the change in the apostles, and the conversion of Saul of Tarsus are all adequately and fully explained. If His Resurrection did not in fact occur, these three things remain inexplicable. At the very least the burden of proof shifts to those who would deny the Resurrection. Such historical evidence constitutes a reason for the hope that is in us—and challenge to those who would deny the Resurrection and choose to live without such hope.