A Return of Evil Signs 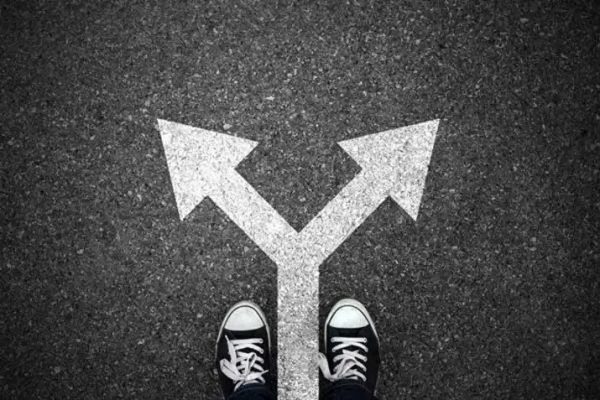 I would like to speak to you about three signs: one from a hundred years ago, one from ninety years ago, and one from today. These signs are not signs of prophecy – but they are signs of the times. Evil signs.
The first sign, from one hundred years ago, is a sign that was found on the doors of restaurants and stores throughout the United States and Canada.
It was a sign that was repugnant to God.
It read: No dogs or blacks allowed.
The second sign, from ninety years ago, is a sign that was found on the doors of restaurants and stores throughout Nazi Germany.
It was a sign that was repugnant to God.
It read: No dogs or Jews allowed.
The third sign – this sign is from our time, from here in our own country, from today, a sign that is now found on the doors of restaurants and stores throughout our province, here in Canada.
It is a sign that is repugnant to God.
It reads: No unvaccinated allowed.
We read in the Gospel, the Lord planted a vineyard, and hedged it round about, built a tower in it, and let it out to husbandmen, and went into a far country, until the season came to collect the fruits from it. But those who had been left to care for that land beat the Lord’s servants, and killed some, and stoned some others.
Then last of all He sent unto them his Son, saying, They will reverence my Son. But when those husbandmen saw that Son, they said among themselves, This is the heir; come, let us kill him, and let us seize on his inheritance.  (Matthew 21:33-38)
Time and time again, this is what we have seen in the fallen world. Time and time again, evil men have seized on the land the Lord has entrusted to their care. Time and time again, evil men have created two classes of men:
The blacks and the whites.
The Jews and the Gentiles.
The vaxxed and the unvaxxed.
Saint John Chrysostom tells us that the intention of such men – such rulers – is evil from the beginning.
In Christ’s Church, we know that there are never two classes of people. The true shepherd of Christ’s Church always defend this truth! Anything else is falsehood, and the sign of a false shepherd.
We have some courageous shepherds in the Church today.
Bishop Siluan of the Serbian Orthodox Church in Australia has spoken out against this two-tiered medical apartheid in a letter to his heads of government.
He said he was compelled by his conscience to speak out, and quoted the Gospel, saying, I tell you that if these should keep silent, the stones would immediately cry out!  (Luke 19:40)
He quotes Saint Irenaeus, who tells us: There is no coercion with God, but a good will towards us is present with Him continually. And therefore does He give good counsel to all. In man, as well as the angels, He has placed the power of choice… (Against the Heresies, IV, 37, I)
Bishop Siluan in his statement goes on to state that it is totally foreign to the Spirit of the Church, to the ecclesiology, the Holy Gospel and Tradition of the Church to require the use of Vaccine Passports – can you imagine! – for Vaccinated–only Liturgies. We could never accept or adopt such a practice!
Brothers and sisters: unless you stand, unless you refuse to cooperate when it comes to this medical apartheid in the rest of society, this demon will come knocking at the doors of our churches. And some church leaders will even give this demon an escort!
Another Orthodox bishop who has spoken out against the two-tiered society which has come upon us is Bishop George of the Australian & New Zealand Diocese of the Russian Orthodox Church Outside Russia.
Bishop George states that the Church cannot refuse entry to anybody who seeks to attend without the proposed vaccine passport, or any other certificate, as this would violate the Church’s teachings and canons… these proposed measures, which are divisive, coercive and discriminatory, echo the trials experienced by many before they fled persecution.
These are the words of a true Orthodox bishop!
Dear brothers and sisters, what must Christians do, in light of all this?
Firstly we must speak the truth: this is a two-tiered society. This is medical apartheid. This is not a matter of being cooperative over a health concern.
Secondly, those who are vaccinated must refuse the privileges, stand with their brothers and sisters in Christ. Don’t go to the wedding reception where they are going to separate the vaccinated and unvaccinated, like putting the black folk at the back of the bus in Selma, Alabama. Be brave. Try not to patronize their restaurants as long as only the elect are allowed to be seated.
Do your best – I know this is difficult!
In Russia, when they tried to introduce these passports, everyone stopped shopping, and it all screeched to a halt in a few days!
We must decide whom we serve – God or Mammon – God or our desire to shop, and to eat, and to have fun. This is our test, our fast, our asceticism.
Finally, brethren, if a church practices medical apartheid – the separation of the so-called vaccinated and unvaccinated, stay out of that church.
Dear brothers and sister: just as you would with a church that separates blacks and whites and Asians, stay out of that church.
There is one Orthodox Faith. There is One Orthodox Communion, for all the faithful.

Tell them they can keep their bigoted churches.  As for me and my house, we will serve the Lord.

Dear Brethren: the last century has seen the greatest cloud of witnesses in the history of the Church.…