A Rule of Self-Attentiveness For Those in the World

Written in consequence of a certain pious layman’s desire to conduct an attentive life amidst the world. 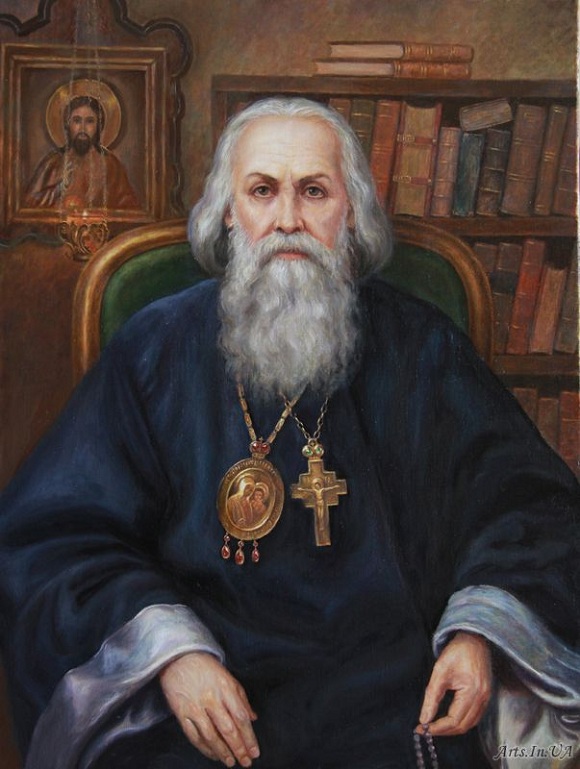 The soul of all exercises in the Lord is attention. Without attention, all these exercises are fruitless and dead. He who desires to be saved should arrange things in such a way that he can safeguard self-attentiveness not only in seclusion, but also among the very scatteredness into which he is sometimes drawn against his will. On the scales of the heart, let the fear of God prevail over all other feelings: then it will be easy to safeguard self-attentiveness, both in the silence of one’s cell and amid the noise surrounding one on all sides.

Prudent moderation in food, by reducing heat in the blood, contributes greatly to self-attentiveness; but inflammation of the blood – such as from excessive consumption of food, from increased physical movement, from the swelling of anger, from the flush of vainglory, or from other causes – generates a multitude of thoughts and fantasies, in other words, scatteredness. For those desiring to be attentive to themselves, the Holy Fathers prescribe, first of all, moderate, uniform, and continual abstinence in food (St. Philotheus of Sinai in The Philokalia).

Having awoken – which is an image of the awakening from the dead awaited by all mankind – direct your thoughts to God, offering as a divine sacrifice the first fruits of the mind’s thoughts before it receives any vain impressions. In quiet and with great care, having done all that is necessary for the body upon arising from sleep, read the customary prayer rule, concerning yourself not so much with the quantity of prayer as with its quality, that is, that it be performed attentively; so that, due to this attention, your heart might be sanctified and quickened by prayerful compunction and contrition. After the prayer rule, again taking great care to be attentive, read the New Testament, primarily the Gospel. During this reading, make careful note of all of the instructions and commandments of Christ, so that they might guide your actions, both seen and unseen.

The amount of reading should be determined by one’s strength and circumstances. One should not burden one’s mind with the excessive reading of prayers and Scripture; one should likewise not neglect one’s responsibilities due to excessive prayer and reading. Just as the excessive intake of food enflames and weakens the stomach, so too does the excessive intake of spiritual food weaken the mind, make it adverse to pious exercises, and lead it to despair (St. Isaac the Syrian, Homily 71). For the beginner, the Holy Fathers recommend frequent, but not lengthy, prayers. When the mind reaches spiritual maturity, it strengthens and matures: then it will be in a condition to pray without ceasing. The words of the Apostle Paul apply to Christians who have attained perfect growth in the Lord: I will therefore that men pray every where, lifting up holy hands, without wrath and doubting (1 Timothy 2:8) – that is, dispassionately and without any excitement or loftiness. That which is proper for a man is not yet proper for a child.

Having been enlightened through prayer and reading by the Sun of Righteousness, our Lord Jesus Christ, let man go about his daily pursuits – remaining attentive, so that God’s all-holy will might reign and act in all his deeds and words, in all his being, revealing and explaining to him the Gospel commandments.

If free moments should occur over the course of the day, use them to read attentively certain selected prayers, or certain selected portions of Scripture, thereby to strengthen your spiritual powers, which will have been depleted by your activity amidst the vain world. If such golden moments do not occur, then you should regret them like the loss of a treasure. That which has been lost today need not be lost the following day, because our hearts are easily betrayed by negligence and forgetfulness, from which is born the murky ignorance that is so perditious to God’s work, to the work of man’s salvation.

If you happen to say or do something contrary to God’s commandments, then quickly treat the fault with repentance and, by means of sincere repentance, return to God’s path, from which you strayed by violating God’s will. Do not stagnate outside God’s path! Oppose the sinful thoughts, fantasies, and feelings that arise by means of the faith and humility of the Gospel commandments, saying with the Holy Patriarch Joseph: How then can I do this great wickedness, and sin against God? (Genesis 39:9).

He who is attentive to himself should reject all dreaminess in general, no matter how seductive and alluring; all dreaminess is the wandering of the mind outside truth, in a land of specters, which do not exist and cannot come into existence, and which flatter and deceive the mind. The results of dreaminess are loss of self-attentiveness, scatteredness of mind, and hardness of heart during prayer – and, hence, spiritual malady.

In the evening, when going to sleep – which, in relation to the life of that day, is death – examine your actions throughout the course of the past day. For one who lives attentively, such an examination is not difficult, because self-attentiveness destroys the forgetfulness that is so characteristic of the scattered person. Thus, remembering all your sins in deed, word, thought, and feeling, offer repentance for them to God with the disposition and heartfelt promise of correction. Then, having read your prayer rule, conclude with divine contemplation the day that also began with divine contemplation.

Where do all the thoughts and feeling of the sleeping person go? What kind of mysterious condition is sleep, during which the soul and body are alive but do not live together, when they are unconscious of life, as though dead? Sleep is as incomprehensible as death. During sleep the soul rests, forgetting the most severe grief and distress of this earth, in the image of its eternal rest. But the body – if it rises from sleep, then it will certain rise from the dead! The Great Agathon said: “Without great self-attentiveness it is impossible to succeed in virtue” (The Paterikon of Scetis). Amen. 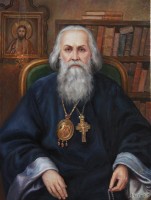 What could be more beautiful than love for one’s neighbour? To love is holiness-to hate is… 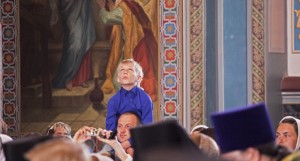 Prayer is commanded by the Lord, just as is repentance. There is one appointed end of… 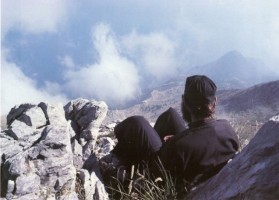