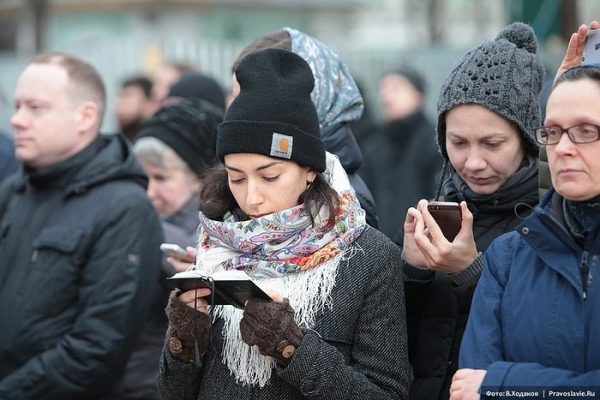 Having promised us a technological utopia, our ubiquitous and intrusive cyber-culture has instead precipitated a spiritual crisis in which human experience has been systematically fragmented and the coherence of the self increasingly threatened. Living in a culture of organized distractions, our thoughts are isolated and disconnected, preventing us from seeing and experiencing the wholeness of life. Distraction and fragmentation have negative consequences for the organization of knowledge; they prevent us from engaging our spiritual depth, and render us incapable of engaging the spiritual depth of others, for having lost touch with our own personhood, we can receive neither the personhood of our neighbor nor of God.

Beginning in 2009, the New York Times ran a series of articles called “Driven to Distraction,” reporting on accidents and fatalities involving distracted drivers. The series expanded to include “Distracted Doctoring,” reporting on the large number of surgeons who are placing personal calls during surgery; on medical technicians who are texting while running cardio-pulmonary bypass machines; and anesthesiologists who are shopping online for airline tickets…

“…The World Beyond Your Head,” Matthew Crawford has referred to this situation as a “crisis of self-ownership,” arguing that we are now living in an “attentional economy” in which “our attention is not simply ours to direct where we will,” making “the effort to be fully present” an intractable struggle…According to Crawford, we have become “agnostic” on the question of what to pay attention to, which means we no longer know what to value. As a result, our inner lives become “shapeless,” and we become susceptible to what is presented to us by powerful commercial forces that have taken the place of traditional cultural authorities.

To be attentive, on the other hand, is the first step in claiming our humanity, our agency and self-determination as human beings. We choose what to pay attention to, and, in a very real sense, this determines what is real for us; what is actually present to our consciousness. By contrast, distraction and fragmentation reveal an ethical void at the center of our existence, prompting Crawford to call for an “ethics” and “ascetics” of attention for out time, grounded in a realistic account of the human mind.

Without wishing to minimize the importance of skilled craftsmanship (which the Holy Mountain has been practicing and supporting throughout its long history), I would like to focus on the logically prior moment of “attentiveness” itself, independent of any (logically sequent) activity for which it might be deemed necessary or useful. As we shall see, attentiveness offers us a profound and effective response to our modern culture of organized distractions. To be sure, the “ethics and ascetics of attention” that Crawford is seeking are central to Orthodox anthropology and moral psychology, namely: the practice of “attentiveness” (προσοχή) or “attending (or giving heed) to thyself” (προσέχειν σεαυτώ).

This phrase–which is only superficially related to the Socratic injunction to “know thyself” (γνώθι σαυτόν) occurs in various forms in the New Testament, but is in fact derived from the Book of Deuteronomy (Old Testament) 4:9: “Attend (or Give heed) to thyself, and keep thy heart diligently” (πρόσεχε σεαυτώ και φύλαξον τήν ψυχήν σου σφόδρα), or, alternately, from Deuteronomy 15:9 “Attend to thyself, that there be no hidden, iniquitous word in your heart” (πρόσεχε σεαυτώ μή γένηται ρήμα κρυπτόν έν τή καρδία σου ανόμημα). The phrase, which is an ethical imperative, has a long and rich history, from which only a few examples can be cited here.

“…Although the Life of Saint Anthony does not describe the practice of attentiveness in any detail, Saint Basil the Great describes it at length. Far from mere external “self-observation,” and having nothing to do with any kind of solipsistic self-absorption, “attentiveness” is comprehensive in scope, being at once:

(1)  the awakening of the rational principles that God has placed in the soul;

(3)  the awareness of the mind’s (or soul’s) priority over the body, and of the beauty of God over sensory pleasure;

(4)  an engagement with reality and a rejection of mental fantasies;

(5)  self- examination and the refusal to meddle in the affairs of others;

(6)  , and least, the very knowledge of God, insofar as the “self” is the image of God, a connection with which Basil concludes the entire sermon: “Give heed, therefore, to thyself, that you may give heed to God” (πρόσεχε ούν σεαυτώ, ίνα προσέχης Θεώ”).

The practice of attending to the self, firmly established by the 4th century, remained central to Christian anthropology and ethics. Subsequent generations of writers and practitioners developed the concept, generally aligning attentiveness with cognate practice such as “stillness” (ησυχία) and “vigilance” (νήψις). In this more comprehensive form–already suggested by Saint Basil–it was given a foundational role in Christian life, and was ultimately considered a necessary presumption or pre-condition for salvation.

The extraordinary emphasis given to attentiveness is explained, not simply because the human mind is prone to distraction, but because the disintegration of our inner life began precisely with the fall, when humanity separated itself from God. “Distraction,” from this point of view, has rightly been called “the original sin of the mind.” (Source: Orthodox Heritage)