Source: The Morning Offerings
Is our nation entering into a new Dark Ages?
Abbot Tryphon | 23 August 2020 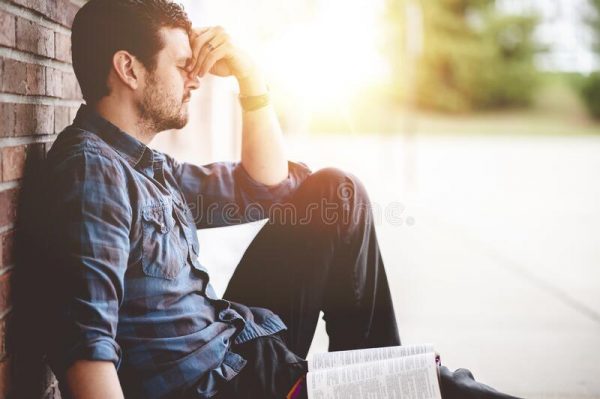 According to a Lutheran minister who visited the monastery this past week, the city of Portland, Oregon,  just contacted the Union Gospel Mission, asking that they prepare for a coming surge of new homeless families. They are bracing for some forty thousand tents in the city’s streets, come winter.

With our people prevented from worshiping in their churches, our precious children separated from their friends, schools closed down, and mass unemployment following in the wake of this pandemic, we are witnessing our nation plunge further into an abyss. 25% of young people between 16 and 24 have considered suicide. Overdoses are up between 25 and 30%.

As we witness an ever increasing crime wave that shows no signs of abating, our cities are disintegrating before our very eyes. People are fleeing from American cities, while the mentally ill and drug addicts are taking over our city streets. Young people are rioting in our cities, filled with an ever increasing anger that is being stoked by leftist fascists who have convinced them that the answer to our national problems is to be found in the total destruction of our democracy.

Police officers, inspired by a desire to serve and protect their fellow citizens, are now walking away from law enforcement careers, brokenhearted by the anger and contempt they’ve experienced on a daily basis from the very citizens they’d sworn to serve.

Truly we are witnessing a new form of barbarism, one that many good people feel too weak to resist. Our American political system, divided as never before, has offered little help as our nation faces this spiritual crisis. What is needed is a return to the authority of the Scriptures, and the ancient wisdom found only in the Church.

We Christians must embrace, in our exile from the present nihilistic culture, the resilience that early Christians had under direct persecution from their pagan rulers. It is only when we Christians, be we Orthodox, Roman Catholic, or Protestant, truly read the signs of the times, that we will be able to lead the rest of society back to God.

Our nation will only be turned from this downward fall into a new Dark Ages, when we Christians, with a renewed commitment to Christ, and with love and strength, lead the way for our fellow citizens to repent, and return Christ to a nation that has fallen into darkness.