Do Not Be Anxious 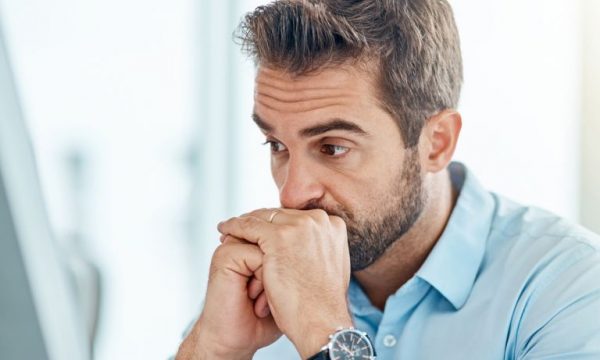 Today I took a look at some random headlines. CBS news reported “Florida and Texas Struggle With Surging Coronavirus Cases.” The newscaster’s opening words were “California, Texas and Florida are in crisis.” MSNBC reports “New U.S. COVID-19 Infections Top 43,000 In A Single Day, Far Outstripping Previous Peaks.” The opening words of this newscaster were “In sheer numbers, the corona virus outbreak is worse than it has ever been.”

Are we feeling anxious yet? Irresponsibly at best, and deliberately at worst, these newscasters fail to tell the whole truth. The question left unanswered by CBS and MSNBC is, “Why are the numbers going up?” You do not have to be an Einstein to realize that more people are interacting again and there is also an increase of testing and therefore, yes, statistically and mathematically the numbers are going to go up. CBS and MSNBC also fail to mention that the new cases are overwhelmingly young adults unlikely to die from the virus.

In Florida, one state cited by the CBS reporter as being in “crisis,” the median age of infected people plunged to 35 last week from 65 in March. Why didn’t the newscaster mention this in his report? In Texas too, another state in “crisis” according to this reporter, the majority of infections are hitting young adults. Here’s another example. Early in the week Gov. Gavin Newsom of California reported a slight uptick in the infection rate, to 4.8 percent of those tested, up from 4.5 percent. But that’s still well below the 8 percent benchmark that he’d consider worrisome. Newsom said hospital capacity remains “stable,” and the state “is much better than where we were months ago.

How do you think NPR reported this? Their headline was: “California Hits New High in COVID-19 Hospitalizations.” You tell me, my friends, Is that accurate and truthful reporting? NY Times columnist Michelle Goldberg claims “America is too broken” to battle the virus. More false reporting. The truth is, based on Johns Hopkins data, a COVID-19 patient in Spain or Britain faces twice the risk of dying and in France nearly three times the risk when compared with the US. It makes me wonder why so much of the media is broadcasting disinformation, half truths and blatant falsehoods and what agenda they could possibly have to deliberately incite panic.

When I was growing up I watched reporters like Walter Cronkite on CBS news. I believed that Mr. Cronkite was a professional whose reporting reflected accuracy and truth. I believed that he had no personal agenda and that he tried to report the news without bias, whether good or bad, whether you liked it or not, he told it the way that it was. This was the way news reporting was done back in the day. I’m not surprised when Americans are tempted today to consult foreign news sources in order to find out what is really going on in our own country. I never thought that I would ever live to see the day. I feel like John Lennon when he sings in his song “Just gimmee some truth.” Having mentioned COVID-19 as a current source of anxiety, I won’t even begin to talk about the rioting, destruction, looting, rise in crime and shootings, the war on police and the destruction of historical monuments that we are hearing about on a daily basis. Besides what is happening nationally and globally, let us not forget that none of us are exempt from having our own fair share of personal problems which cause us no small amount of anxiety and worry. Are we all ready for psychotherapy yet?

Our Savior tells us in the Gospel today that we should not be anxious. In saying this, the Lord is revealing to us that we actually have the ability to control our anxiety. In Luke 12:7 and in Matthew 10:30 the Lord tells us that the very hairs of our head are numbered. Here we are told that we should not worry and be anxious because God is in control. I’ll say it again. God is in control. How often do we forget this? It also helps us to put things in perspective by remembering that the earth is a microscopic speck of sand within the vast spectrum of God and His power. President John F. Kennedy used to have a plaque on the oval office desk which read, “O, God, Thy sea is so great and my boat is so small.”

In today’s Gospel the Lord says, “Which of you by being anxious can add one cubit to his stature?” Anxiety accomplishes nothing except to make us ill and exacerbate our problems and make them worse than they really are. How should we as Christians deal with the temptation to be anxious? We should offer our problems up unto God. In the struggle with anxiety we should rely on our faith and our trust in God; the power of prayer and hope.

The Pharisees were wrong when they said that God does not listen to sinners (John 9:31). He most certainly does listen to sinners. David tells us in the 50th psalm “A broken and a contrite heart, O God, Thou wilt not despise.” David was guilty of adultery and murder, yet we know that God heard David’s prayers and helped him so much in his life. In the panikhida we hear that “there is no man without sin.” Don’t let the Devil fool you into thinking that your prayers and trust in God are in vain. The way to approach God is with humility and acknowledging with remorse that we are sinners. In addition, we need to have the mindset that we choose God’s will over our own will. If we follow this prescription, then we will succeed in obeying the Lord when He tells us, “Do not be anxious.” Amen.

For those of us who were gifted to know Vladyka Hilarion, it was with deep sorrow and grief…