“When I Started To Read Prayers, Everyone Turned In Amazement To A Paralyzed Woman”: A Story From A Hospital Priest 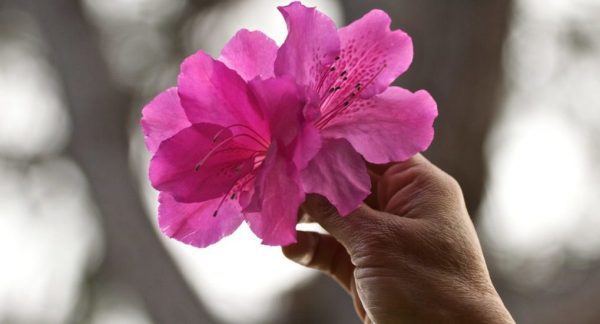 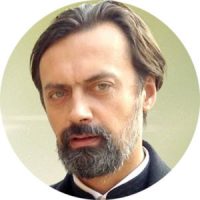 Once a middle-aged man came up to me and asked me to baptize his mother. She was in extremely serious condition: she recently suffered a stroke. The elderly woman was paralyzed: both hands did not work. She couldn’t speak; she just mumbled something and nodded her head. She heard everything, she was conscious, but it was impossible to understand anything other than “yes” and “no”.

From a short conversation with her son, I learned that she might have already been secretly baptized in the Soviet years, but no one had accurate information. Of course, it is necessary to baptize, if you don’t know for sure. I took everything necessary for baptism and the Holy Gifts, just in case, if she wanted to receive Communion.

The son was very diligent about preparations for the sacrament: he bought a baptismal shirt, a pectoral cross, and a towel, agreed with a nurse for help, and took a blessing from me. Watching him, I said to myself: he is a church man!

It was an ordinary hospital baptism. I had been serving in the temple at the city clinical hospital No. 70 in Novogireevo for fifteen years, so it was not new for me to perform the sacraments in the ward. I began to read prayers, sprinkled the woman with holy water: of course, we could not immerse her into the font in any way. Suddenly with peripheral vision I saw amazement on the faces of all those present, and I heard the growing animation.

There was some noise everywhere, moreover, at first there was only whispering, and then conversations in full voice. I tried not to be distracted and continued to read the prayer. Then I stopped to find out what had happened.

It turned out that they wanted to put a shirt on her: her hands were paralyzed, did not bend and did not unbend, it was hard, painful, impossible. And then suddenly she put it on herself! Everyone was shocked…

After the baptism and anointing, I thought that it would be nice to give her Communion. I prepared the Holy Gifts, read a prayer before Communion. And again the same amazement of everyone who was in the ward! She folded her arms across her chest in a cross shape by herself, although she had never been to the temple at a conscious age. I thought: “Lord, this is a real miracle! There is some kind of secret meaning, even providence, but for whom is it?” It is surprising that this question suddenly occurred in my mind, because it had not passed ten minutes before I received an answer to it.

Leaving and saying goodbye to her son, I asked him: “Have you confessed, took Communion lately?” I often ask people that just wondering, it happens that people have no time or there are some other reasons. And he suddenly replied: “Father, I’m not even baptized”.

How?! This man who organized everything, who took the blessing, who was so particular about the baptism of his mother?

“But you are a believer, aren’t you?” I asked in surprise, ready for any answer.

– Yes, I am. It will be more accurate to say that I do not know if I am baptized or not. I have been willing for a long time to go to the village where my mother and I might have been baptized, to look for church books and to find a record there about that.

– How long have you been thinking about this?

I was horrified: ten years! I immediately began to assure him that the idea of ​​finding information about baptism was practically unrealizable, because records of the sacraments of the Soviet period were hardly kept in some small rural church. “Most likely, everything was burned out or intentionally destroyed, there is nothing there. And you have been delaying the baptism for ten years!”

I immediately understood for whom the healing I saw with my own eyes at the baptism was revealed. And I said to him:

– I think the miracle that has happened now was granted by God not only for your mother, but also for you. This is the sign that He sent to you: do not put off, get baptized! You didn’t know whether she was baptized or not, but you decided to baptize your mother, so why don’t you act yourself?

I do not know if he was baptized later. But I really hope that the miracle which I was honored to witness did not go unnoticed by him. As for me, it left an indelible mark in my memory and became an example of the amazing action of the grace of God.