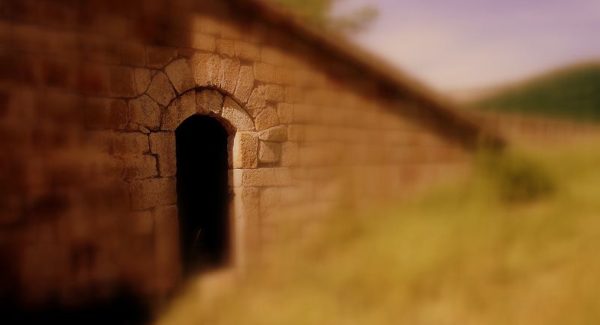 Unique in its architecture and preservation, a Christian crypt of the late Byzantine period with the remains of a dozen people was discovered by archaeologists in a temple complex on Mount Kilsa-Burun in the Yalta region in Crimea.

The excavation coordinator, researcher at the Institute of Crimean Archeology of the Russian Academy of Sciences, Natalia Turova admitted, she has not yet encountered analogues to this type of burial, the Interfax Religion agency reports.

“This is a unique funerary construction of the mountainous Crimea. There are still crypts, but they are different, I have not found analogues to this one yet. The crypt construction itself is interesting, inside it is generally perfectly preserved,” the scientist said.

Dating back to the 13th-15th centuries, the crypt has a rectangular shape: underground, its height is 1.2 m, length is 2 m, width is 1.3 m, but the outer part of the structure is twice as large.

“A vaulted crypt has been opened, from which not only the underground chamber has been preserved, but also the ground structures. Remains of more than ten people buried here were found inside: adults and children, as well as, presumably, a priest, because a large procession iron cross and a star were discovered,” noted Natalia Turova.

Scientists cannot explain the joint burial of a dozen people.

The Christian temple complex existed on Mount Kilse-Burun from the 9th to the 15th centuries. Crimean archaeologists plan to continue the study of the complex during 2020.