Fire Damages One of the Oldest Crimean Monastery 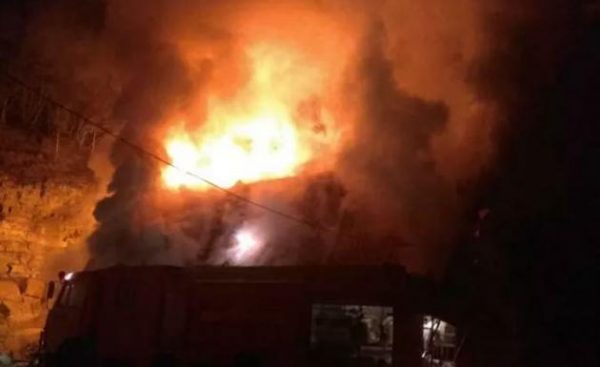 A great tragedy occurred at St. Stephen of Sourozh Monastery in Crimea over the weekend, as a fire wiped out several buildings, including the brothers’ cells.

In addition to the 2-story building where the monks lived, the library and sacristy were also destroyed in the flames, and the neighboring building was damaged. The causes of the fire and the extent of the damage are still being established, Archimandrite Mark, the Abbot of the monastery, told RIA-Novosti.

The churches were not damaged and there were no human casualties.

The fire was reported on the territory of the monastery in the village of Krasnokamenka on Friday at 6:20 PM, and the first firefighter units arrived on the scene by 6:29.

The fire, which covered an area of 590 sq. ft., was put out by the firefighters of a neighboring military unity and the brethren of the monastery.