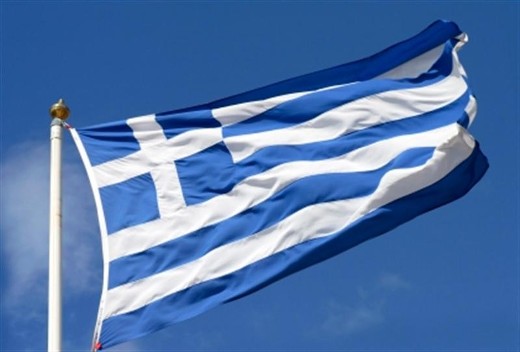 LIKE many Greeks caught in the maelstrom of the economic crisis, my wife and I live a day-to-day existence.

Since the newspaper where I worked for 23 years (my wife for 17) went out of circulation in December of 2011, we have both been unemployed. Neither of us have received a paycheck in 18 months, as our newspaper stopped paying us five months before it closed. With unemployment for journalists at over 30 percent, and the official unemployment rate at 26 percent, our prospects for this year are, shall we say, not terribly favorable.

Our story is typical of many in Greece, though some are much worse off and some have it better. But like an overwhelming number of Greeks who are struggling just to get enough food, to keep their homes warm and to maintain a semblance of normalcy, we are fighting to keep our dignity intact and avoid the depression that is enveloping our country.

We have been lucky in some ways. Our son, like many young people, has left Greece and found work as a software engineer in Scotland, and we are watching as the country loses a generation of highly skilled university graduates. Our parents, though elderly, are healthy and manage to survive on their pension, which has been cut by almost 50 percent in the last two years. They have offered to share what little they have with us — something common in Greece, where traditional family ties often offset ineffective social welfare programs.

In the past 18 months, we have tried to find work in journalism. With a group of former colleagues, we tried to create a start-up digital newspaper. After months of hard — and unpaid — work, our primary investor pulled out just a few days before we were supposed to go online, unwilling to take the risk in such a fragile economy.

We have continuously explored other avenues to find work. My wife has taken up baking to help keep us afloat. We are exploring the possibility of exporting Greek agricultural products.

In an economy where home sales are almost nonexistent, we managed to sell our small country home. Even though we got less than 20 percent of its previous value, we feel lucky because it allows us to survive for a few more months.

We also managed to get a court order that prevents the banks from foreclosing on our mortgage, so our home in Athens is safe until 2015. We are luckier than the people who are forced to live in their cars — their only property after they lost their jobs and the banks took their houses or their landlords refused to extend them any more credit. They park at a different spot every few days and usually rely on the kindness of strangers for bath and toilet facilities, or relieve themselves at public or private gardens, including, occasionally, our own.

We know we are lucky to have a garden. This January, pruning the trees proved to be psychologically beneficial. This time, though, the pruning went a bit deeper, and I found myself hacking at the laurel tree my grandfather planted when I was born, 57 years ago.

Up to now, we were lucky to escape the wood-cutting, wood-burning craze. With the price of heating fuel almost doubling since last year, central heating is mostly turned off. Fireplaces and stoves are pressed into service, even in high-rise condominiums.

Hence the sting in my eyes every evening when many of our neighbors return to their cold homes and Athens is shrouded in a cloud of wood smoke. Government warnings that pollution has exceeded dangerous levels are dismissed with a shrug, or as another ploy to force people to use the heavily taxed heating fuel whose consumption has fallen by as much as 70 percent. Meanwhile, the Forestry Protection Services are fighting a losing battle to prevent deforestation at a scale unseen since the Nazi occupation.

We are certainly luckier than the people flooding the city’s 191 soup kitchens run by the Greek Orthodox Church. Luckier that the nouveau-poor, like the middle-aged man dressed in an Armani suit, a bit threadbare at the elbows and shiny at the seat of the pants, who tries to look inconspicuous waiting in line at the Koumoundourou Square soup kitchen for his daily meal. Luckier than the very respectable woman who walks six kilometers every day to stand in line for two containers of food and then goes back home pretending to cook, not wanting to tell her sick husband that they can’t afford it.

My wife and I sometimes ask ourselves if we are in a state of denial. But we believe that the biggest danger comes from succumbing to depression, and we both struggled to get out of bed during the holidays. But since then we’ve gotten up every day and tried to find some way to get ourselves back on track. We’d be happy to start over, but where to start?

Any new venture requires money, and we have only enough to survive, and credit is impossible to obtain. When we go to bed at night, we realize we have made it through another day. Seven nights, and we’ve made another week. Like the cloud of smoke hovering over the winter sky in Athens, we want desperately to believe the situation is not permanent.

But we can’t be sure. We do know the smoke will dissipate, at the very least, come spring.

Most viewed articles
As the End Draws Near – Silence158
A Stone Thrown at God and Your Neighbor102
How Can We Evangelize Today?95
Metropolitan Onuphry: “The Key to the Doors of Paradise is Repentance”85
Hierarchs of Three Local Orthodox Churches Concelebrate in Argentina68
Trial of Politician Defending Traditional Marriage Begins in Finland39
Patriarch Daniel prays for Romania’s national unity, peaceful coexistence and dignified cooperation with other peoples35
Most popular authors
Pravmir.com team191
Archpriest Stephen Freeman158
Protopresbyter Themistoklis Mourtzanos102
Frederica Matthewes-Green93
Aurelian Iftimiu35