We have fully entered Great Lent. Some of us were lucky enough to attend the beautiful Lenten Services, to hear the quiet and deep “Have mercy on me, O God, have mercy on me!” Others worked or stayed at home with little children and listed to the Canon of St. Andrew by audio.
Sophia Moshura | 04 March 2012

Great Lent is what gives us a complete understanding of our inconsistency in leading a true Christian life.

We have fully entered Great Lent. Some of us were lucky enough to attend the beautiful Lenten Services, to hear the quiet and deep “Have mercy on me, O God, have mercy on me!” Others worked or stayed at home with little children and listened to the Canon of St. Andrew by audio. Despite the unique beauty of Great Lent, often many rather pious Orthodox (especially the younger generation) shudder at the thought of Lent – “Oh no, here we go again!” Others say that during Great Lent they feel terrible because of inability to fast and attend church services. Why these reactions? “PravMir” decided to ask clergy and laity around the world about to what extent we should fast and how to understand Great Lent so we don’t feel like this the next time around.

Archpriest Serge Kotar was ordained to the priesthood on September 21, 1988, by Archbishop Anthony (Medvedev) in the presence of the myrrh-streaming Iveron Icon at the Holy Virgin Cathedral in San Francisco, CA, where he continues to serve to this day. In 1994, together with his Matushka, he opened the St. John of San Francisco Orthodox Academy, the only fulltime Old Calendar Orthodox K-12 accredited private school in the United States. He is currently the school chaplain and also teaches religion classes. He has two children, one of whom is a seminarian at Holy Trinity Seminary in Jordanville, NY. 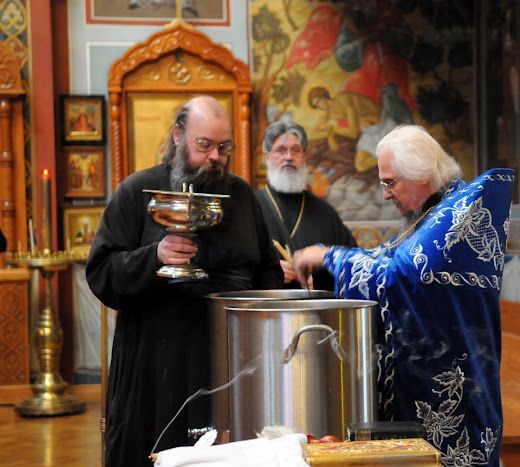 What are some of the greatest popular misconceptions about fasting and/or Great Lent?

One of the problems is that people approach this only from a physical and not a spiritual dimension. There is a great emphasis placed upon what one eats or doesn’t eat, upon prostrations and other physical feats, while not giving enough attention to what Great Lent is meant to do, which is to revitalize the person internally in his relationship with God. This means that along with fasting from foods, people should be working with their father confessors to identify spiritual weaknesses and work on improving them. Examples would be dealing with issues like anger, gluttony, pride, or other spiritual deficiencies, and using this time to concentrate on rooting them out. Another misconception is that spiritual work needs to be done only during Great Lent and does not apply to our lives overall. To such a person, any spiritual benefit is lost if he returns to his former way of life after the conclusion of Great Lent.

What do you wish you had known about fasting and/or Lent when you became Orthodox or first started to lead a Church-based life?

I have been in the Church all my life, being the son of a priest. But even then, seminary life revealed to me that the fasting done in my family did not live up to all the requirements of Great Lent; for example, fish in our home was considered a Lenten food.

What kind of practical advice do you find yourself giving most often during Lent?

Sometimes people, especially those who have recently come to the faith, attempt to fulfill rigorously all the requirements of Great Lent, not having yet grown enough in the Church to be able to accomplish all these things. The priest often has to convince the person that lowering expectations is the appropriate course in his life. Also, a common problem is the opposite of the above. The person thinks that it is permissible to set his own standards without consulting his spiritual father. This person needs to be informed of and made to accept the fact that any alterations to fasting requirements can only be made in consultation with and in obedience to one’s spiritual father.

Basil Peck attends St. Michael the Archangel Orthodox Church in Wilmington, DE. For the past ten years he has served as the lay adviser for the chapter of the Orthodox Christian Fellowship at the University of Delaware. He and his family were received into Orthodoxy twenty years ago (as of this past January 18). 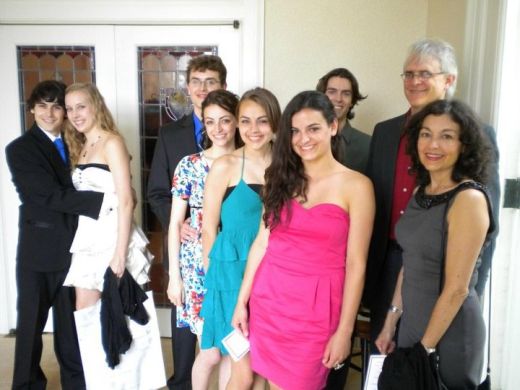 Basil Peck and his family

Many in our non-Orthodox family think that Orthodoxy is legalistic due to our fasting traditions.  We have obviously contributed to this mistaken perception.  It is very difficult to find the right balance, particularly as it relates to fasting, when we are with others who do not follow the tradition of the Church.

Wish we had known about fasting…

How to resolve the dilemma from question one.

Make the time for increased attentiveness.  Even though I grew up in a Christian home, my experience of Easter prior to my reception into the Church did not compare to my first Pascha, after having spent the time with the glorious Lenten practices of the Church. 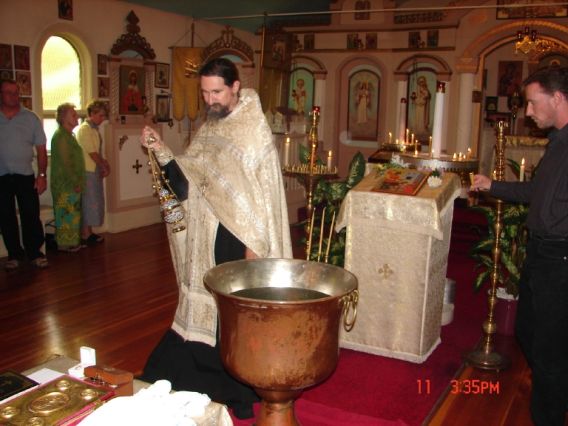 I would say that the most popular misconception about Great Lent concerns fear: fear of the effort involved and fear that we will not be able to measure up to what is asked of us by the Church; but more than this, fear of death to oneself, for this is the deepest seated fear of all.

In a sense, then, Great Lent is the time when Christ allows us the opportunity to see more clearly this aspect of ourselves, of how damaging it is, of how it operates in our lives, and of how to begin to overcome it.

For this fear is that of the old Adam, of death and of the loss of what he finds most valuable. In other words, of the loss of where the earthly treasure of his heart lies. And consciously and even instinctively he will defend this treasure, almost at any cost, if he is not careful.

However, through the effort of Great Lent we are enabled to see how false these fears are and of how what we cling to chains us down and ultimately betrays us, since it prevents the full growth of ourselves in Christ and as humans. And indeed these fears prevent us from flying upwards above earthly things towards Christ.

Great Lent, then, allows us to see how debilitating and harmful our fears of loss are. But also through the ascetic measure (i.e., increased prayer and fasting, attendance at the services, participation in the sacraments, etc) and grace given us by Christ, we are able to detach ourselves from fear and instead fly by grace, seeing thereby that our fears are groundless.

Advice you could give and things you wish you had known about Great Lent:

Actually I would tie these two questions together, because the best advice about Great Lent – besides taking this time seriously – is to embark upon it in an open-ended way and without expectations. Why I say this is because, at least here in the west, we are a society focused upon, or even obsessed by, success. And if we are not careful, we will impose even the same standard upon Great Lent. All the more, then, is this a risk if we try to engage in a serious way with Lent, for then consciously or unconsciously we try to impose certain standards that can easily become just outward and physical and that satisfy the earthly man in his competitive spirit, rather than the inner man that leads to his renewal. After all, many people nowadays fast from all meat and dairy (vegans) without attempting to be ascetic in an Orthodox manner in mind and spirit.

Lent is the Time to Change Yourselves

What Should I Do During Great Lent?

Clergy Wives on Sharing the Grace and Cross of Ordination

Why do Orthodox Americans, French, Swedes, and those outside Russia need to revere the New Martyrs and Confessors…

Bishop Benjamin of San Francisco: “We Listen to God, Because We Really Love Him”

The sudden thing was that I understood that God was there, in that church. But my final conversion…