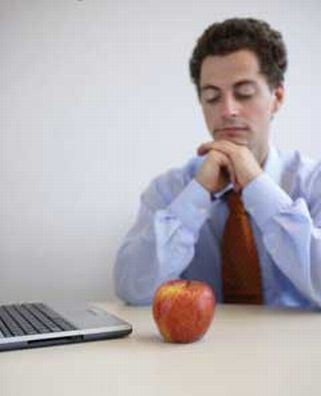 “These things agitated the minds of the common people for many months, while the first apprehensions were upon them, and while the plague was not, as I may say, yet broken out. But I must also not forget that the more serious part of the inhabitants behaved after another manner. The Government encouraged their devotion, and appointed public prayers and days of fasting and humiliation, to make public confession of sin and implore the mercy of God to avert the dreadful judgement which hung over their heads; and it is not to be expressed with what alacrity the people of all persuasions embraced the occasion; how they flocked to the churches and meetings, and they were all so thronged that there was often no coming near, no, not to the very doors of the largest churches. Also there were daily prayers appointed morning and evening at several churches, and days of private praying at other places; at all which the people attended, I say, with an uncommon devotion. Several private families also, as well of one opinion as of another, kept family fasts, to which they admitted their near relations only. So that, in a word, those people who were really serious and religious applied themselves in a truly Christian manner to the proper work of repentance and humiliation, as a Christian people ought to do.”

The above passage is not from an historical account of one of the terrible plagues that regularly ravaged Orthodox Constantinople during the Byzantine period; nor is it from a medieval Russian chronicle concerning a plague that went through Moscow or one of the other ancient Russian cities during this period. Rather, this quotation comes from A Journal of the Plague Year by Daniel Defoe (who also wrote Robinson Crusoe); it was written in 1722 concerning the last great outbreak of bubonic plague, which occurred in England in 1665. Here it is important to point out that Defoe was neither Orthodox nor Roman Catholic, but rather a dissenting Protestant; meanwhile, most Englishmen who suffered through this plague were also neither Orthodox nor Roman Catholic, but rather Anglican. Despite all the effects that the Protestant Reformation had on Western Europe, we still see here clear evidence of a piety ¬– fasting, prayer, and repentance – that is very familiar to us as Orthodox today.

Now, the reason for presenting this passage is not to provide a history lesson in Western culture – although that certainly is a lesson in itself – but rather to demonstrate that, until recent centuries, a piety that included prayer and fasting still existed even in Protestant-based cultures. Although, more sadly, this also demonstrates that this pious religious culture has increasingly diminished in recent centuries to the extent that, with the influence of secularism in more modern times, such active piety has now almost entirely disappeared. Indeed, as far as society goes – i.e., what we see as soon as we step outside or turn on the Internet, TV, or other social media – such active piety is now almost entirely extinct. We would be naive to overlook the fact that this social influence has also affected us personally in profound ways, even as we lead our lives in the midst of Orthodoxy. It is easy, then, to feel like small fish trying to swim against the current in a much larger ocean.

As we enter the holy season of Great Lent, one of our main questions is: How can we observe the fast when this seems almost impossible due to circumstances, such as being a student at school, or being in the workplace, having a family that is not Orthodox, or suffering from some debilitating and chronic illness? How can we observe the fasting rules with regards to food while going about our daily lives?

A first point to keep firmly in mind is that the fast still remains binding unless health absolutely prohibits keeping it. At times we hear discussions that seem to say that due to circumstances beyond our control – e.g., school, work, etc. – we do not need to fast from certain foods, that a “spiritual fast” from the passions – anger, lust, etc., – is sufficient. We forget, however, that for the Holy Fathers, whose inspiration we follow for the fast, fasting and the reduction of the passions always go hand in hand. If we want the passions truly to diminish then we must also fast physically from food. This is a tried and true spiritual method that has been practiced by the Church for over 2000 years. Its fruits in overcoming the passions and allowing for deeper prayer are evident. In addition, the fast is a way in which we dedicate a holy season to Christ in preparation for the great Feast to come: Pascha.

Second, we must determine with our priest and spiritual father exactly how to implement such a fast. In many circumstances, such as at school and work, we cannot fully control what we eat. However, with our spiritual father, we can work out how to implement the spiritual principle: that whatever we are able to give up can be a worthy sacrifice to God. Thus, for example, it may not be possible to follow the strict fasting rules at the school cafeteria and have anything left to eat but a piece of lettuce. It is not likely that you will keep your energy up and your attention focused if you do this for over forty days. However, it still may be possible not to eat meat, even if we allow some dairy, or to refrain from fancy deserts and to keep to something simple. We also should bear in mind that many modern cafeterias and workplaces serve vegan food or allow one to pack a fasting meal and bring it with you.

If you are the sole Orthodox believer in your household it can be difficult to control what foods are served. We must never judge and force others to change. But in tolerant family settings allowance is often made for us to eat a bit differently if we want to. We can, for example, make a habit of not taking the meat that’s served at the dinner table. In some family settings this tolerance even allows one to fast quite strictly. This is alright. But, of course, we must not use this family setting to show off, draw attention to ourselves, or – God forbid! – to start needless disputes and arguments. A lack of defensiveness on our part, accepting that our family is doing something different from us, will allow more room to work out some sort of arrangement between us and our family.

Finally, health issues also affect our ability to fast. In consultation with our spiritual father, we must be careful not to endanger our health. We must maintain the serious effort that the fasting period requires of us. We also must not make excuses that prevent the self-sacrifice that Great Lent involves. In this, careful balancing and discernment are required so that we do not go to the opposite extreme of foolish recklessness, which is really self-will. The best rule to keep in mind is that of the Royal Path: avoiding the extremes of laziness and excuse-making on the one hand, and reckless and self-willed rigorism on the other.

Through a worthy fast and the effort involved, we prepare ourselves to meet the Risen Christ. We must be serious about this and keep the fasting rule of the Church in mind as our ideal. We must balance this through consultation with our spiritual father and through prayer, to determine the particular way in which we should implement this fast. If we do this, even if we are not in full control of our outward circumstances, we shall still enjoy a profitable fast and we will worthily greet Christ on that radiant Paschal night.

A Meditation upon the Parable of the Ten Virgins: On Great Tuesday

These are the most puzzling verses of this parable. It almost sounds as if the wise virgins are…