Pravmir.com team | 12 July 2019
Last month Pravmir reprinted an article called 'Great Lakes Reveal a Fatal Flaw in Climate Change ‘Science.’ Richard B. Rood, quoted in the article, gives his response to the ideas expressed in it. 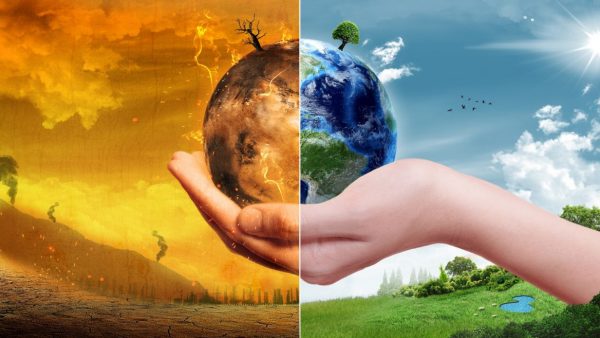 By Richard B. Rood

Professor of Climate and Space Sciences and Engineering

I am quoted in John Merline’s, Great Lakes Reveal a Fatal Flaw in Climate Change ‘Science.’ The essence of the article is that climate scientists “can blame anything they want on global warming.”

I am a climate scientist, and I, too, am concerned about the messages that we convey. I yield to John Merline that there are apparent contradictions in the statements about Great Lakes water levels.  I disagree, however, that we attribute anything that we want to global warming.

In fact, in a recent radio interview, I discussed why the casual attribution of this year’s tornado swarms to climate change was not justified. Similarly, a number of my colleagues have written why the recent storm that dumped a meter of hail in Mexico was not, reasonably, caused by climate change – nor was it a meter of hail.

The message of lake level decline was taken up by advocates, including scientists, and the broader public. It was a message that served the purpose of some advocacy groups. It also coincided with a period of observed lake level decline, which made for easy, casual attribution. There was some confirmation bias – confirming something that is intuitive or that one might want to believe.

The message spread all over, especially in the Great Lakes region. However, in the scientific literature, it was well known that a future of systematic lake level decline was too simple. If one were to examine the other factors that influence lake levels, rain, snow, and runoff from the land, then there are possible futures other than lake level decline.  Some of us started to deliver that message; however, it did not get the amplification in the public forum that the lake level decline message received.

In fact, the spread of the lake level decline message was so pervasive, it became an example of the “echo effect.” That is, the appeal of the message was so strong it was echoed, whether or not it was the full story – or, even, correct.

A more accurate story is that the Earth responds to increased heat in the environment in many ways. Climate change does not, necessarily, lead to one outcome or another. Outcomes that, in isolation, appear contradictory might, in reality, be correct.

For the problem of lake levels, if one is in a drought condition, and evaporation dominates the water budget, then the downward influence on water levels is stronger because of the increased temperature.  Hence, lower lows.

To the contrary, in a flood condition, the increased heat in the environment means more water is available for precipitation. Hence, the upward influence on water levels is stronger.

Drought and flood conditions existed in the past, and they will exist in the future. Hence extremes, both highs and lows, are expected.

Drought and flood conditions, still, do not represent all of the conditions that could contribute to record highs and record lows of lake levels. They do, however, suggest a more usable and, perhaps, more honest way to think about climate change in the future. That is, a set of plausible scenarios that describe the variability. Then, we can work through how to respond to those scenarios.

Scenarios help us to capture the idea of increased variability. In many cases, rather than climate change yielding one definitive outcome or another, it is more certain that climate change will increase variability.  It is also true that we are in a state of change, and what will happen in 100 years is likely quite different than what is happening now and what will happen in the next 10 years.

There is culpability in the climate community about conflicting messages. However, the quotes in John Merline’s article do not suggest a fatal flaw in climate science. These quotes are fragments, extracted to make a point. Those quotes are, at times, from articles where a journalist takes a fifteen-word quote from an hour-long interview. There is a simplicity in those quotes that do not represent either the complexity of climate change or the robustness of the scientific investigation of the Earth’s climate.