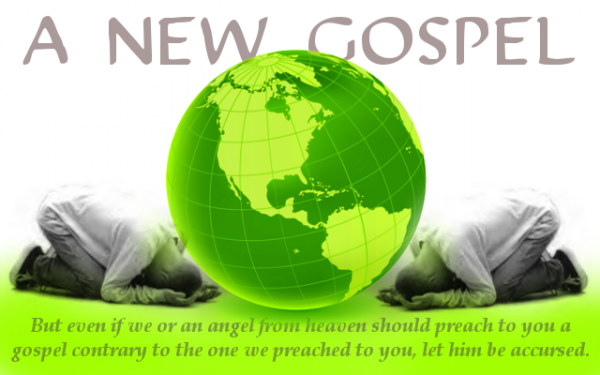 Lake Erie and Lake Superior — two of the five that make up the Great Lakes — broke records for water levels this May. Lakes Michigan and Huron could follow suit.

Naturally, climate change is getting the blame.

“We are undoubtedly observing the effects of a warming climate in the Great Lakes,” says Richard Rood, a University of Michigan climate scientist.

But just a few years ago, climate scientists were insisting that a warming climate would cause water levels to decline.

In 2008, Science Daily reported on a study that attributed the decline in Great Lakes water levels to global warming. The researchers who conducted the study said that the drop

“raised concern because the declines are consistent with many climate change predictions.”

In 2009, Columbia University’s Earth Institute informed us that

In 2011, the Union of Concern Scientists said that

“scientists expect water levels in the Great Lakes to drop in both summer and winter, with the greatest declines occurring in Lakes Huron and Michigan.”

In 2013, the Natural Resources Defense Council said that

“it’s no secret that, partially due to climate change, the water levels in the Great Lakes are getting very low.”

“Several different climate models for the Great Lakes region all predict that lake levels will decline over the next century.”

Since the Great Lakes account for 21% of the world’s surface fresh water, these stories were all wrapped in doom-and-gloom scenarios about the impact on drinking water, shipping, recreation, and so on.

The very next year, however, water levels started rising.

So what are scientists saying now? Simple. They’re now claiming that the fall and rise of Great Lakes’ water levels are due to climate change.

“Climate change is driving rapid shifts between high and low water levels on the Great Lakes,” is the new “consensus.”

The truth, of course, is that water levels in the Great Lakes vary over time. And, as a matter of fact, they varied far more in the past than they do now. A U.S. Geological Survey notes that

“Prehistoric variations in lake levels have exceeded by as much as a factor of 2 (that is, more than 3 meters) the 1.6-meter fluctuation that spanned the 1964 low level and the 1985-87 high level.”

And, as anyone who’s ever lived near the Great Lakes knows, the lakes themselves were formed in the wake a massive change in the earth’s climate — when the glaciers receded at the end of the Ice Age roughly 14,000 years ago.

So if the lakes’ huge fluctuations in the past weren’t caused by mankind’s burning fossil fuels, why are scientists so convinced that the far more minor changes happening today are?

The reason is simple. Climate scientists can blame anything they want on global warming. The climate models are imprecise enough that no matter what is happening they can point to it as proof that man-made climate change is happening. Too much rain, too little rain, bitterly cold winters, mild winters, more snow, less snow, rising water levels, falling water levels — they can attribute “climate change” as a cause of it all.

But if nothing can disprove a theory, and every event, no matter how contradictory, is proof that the theory is valid, is that really science? Sounds more like a religion to us.