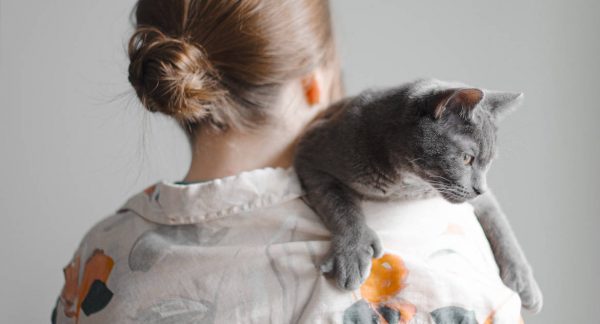 Happiness is relative to everyone. I am often asked the question: “Does it even exist – this happiness”? So, I repeat, someone’s happiness is to stay alive, while someone’s misfortune will be to own a smartphone of not the last, but the previous model.

In the Trinity Church in Krasnoyarsk, where I had to go through the basics of my formation in spiritual life, at different times many people have passed through the gatehouse, stoker, refectory or sacristy of this temple during the entire period of its existence. And they were all different.

I don’t even remember the name of this woman. It was either Valya or Galya, but it doesn’t matter. Looking at her, only a lazy person would not roll his eyes and twirl his finger at his temple. I don’t remember how she appeared in the refectory working as a dishwasher. Most likely, she just hanged around the church a lot, like tens and hundreds of people in need of God’s help.

So, as it seemed to everyone, she was very very strange. She never smiled, did not participate in conversations and joint prayers. Even during the liturgy, she stood in the corner of the church, half-turned to the altar. During the liturgy, she prayed more in front of an icon of the Mother of God. This Valya-Galya did not pay attention to any admonitions from us, “who knew better” how, when and to whom to pray, but stubbornly continued to stand half-turned to the altar during the services.

I remember she had another feature, some, as it seemed to me, abnormal desire not to call animals by name, especially if these names were also consonant with human ones. We had a cat in our stoker. Murka, or something, everyone called her. So, this Valya-Galya said that Murka is almost Maria, and she called the cat just “cat”! So she walked around the yard and called it loudly: “Cat, cat”! And she stubbornly did not kill flies and mosquitoes, even those which bit her.

One day, for some reason, this woman stayed late for her obedience in the refectory. It seems like there was some kind of feast day. There were many people at the service. They fed the homeless, and there were a lot of plates for the dishwasher. It was my shift in the gatehouse that day. So we met with this Valya-Galya that day. And we started talking.

And that’s what she said. Her youth was extreme. She went through a lot. But the worst thing is she had 32 (!!!) abortions. When awareness and comprehension came, it was already too late. There was no question of getting pregnant again and carrying a child. Such were the things. At one point, suddenly, with all her being, feeling all the abomination of what she had done, she went to the church for confession. The confessor blessed her “to take care of every breath.” That is, to not kill any living creatures again, ever!

That night the cat was about to have kittens. But, carefully fed, she only turned from side to side and somehow pitifully looked into our eyes. This overfed cat simply did not have labor activity at all. The cat was dying. Valya-Galya, sobbing, was kneeling in front of the cat in the stoker and prayed earnestly. What amazed me was she did not ask God to help the unfortunate animal. She begged the Savior and the Mother of God to forgive her. And her prayer was so fervent, and so “infectious” that I knelt down beside her. So we prayed this way half the night. Looking at my praying companion, I was only afraid that she would finally lose her mind: she bowed so earnestly and, almost scratching her face, crossed herself.

By morning it was all done. The newly mother cat purred happily and licked her offspring. And Valya-Galya curled up in a ball next to her, right on the quilted jacket thrown on the bare cement floor. When she raised her tired eyes to me, they shone with extraordinary happiness.