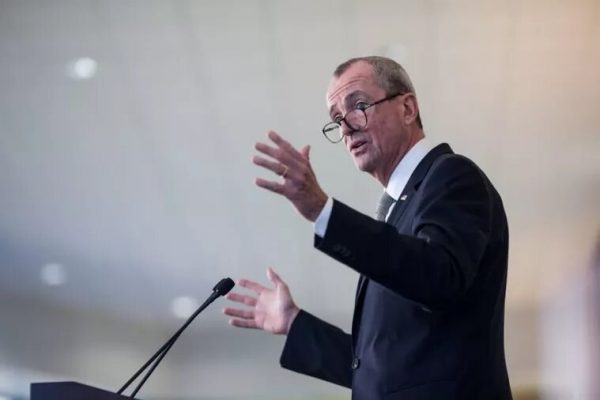 Pro-life activists and religious leaders are slamming the enactment of a New Jersey bill that will legalize abortion up until the moment of birth.

Gov. Phil Murphy, D-N.J., signed the Freedom of Reproductive Choice Act alongside Lt. Gov. Sheila Oliver, the leadership of the state’s Senate and Assembly and Planned Parenthood President Alexis McGill Johnson Thursday. The legislation will “explicitly guarantee, to every individual, the fundamental right to reproductive autonomy, which includes the right to contraception, the right to terminate a pregnancy, and the right to carry a pregnancy to term.”

Additionally, the measure will “enable all qualified health care professionals to provide pregnancy termination services in the State” and “advance comprehensive insurance coverage for reproductive care, including primary reproductive health care services, services to terminate a pregnancy, long-acting contraceptives, and long-term supplies of hormonal contraceptives, that enables the citizens of New Jersey to fully exercise their freedom of reproductive choice while recognizing the rights of certain religious employers to request an exemption from such coverage.”

In a statement, Murphy praised the “historic legislation” as a necessary precaution with the United States Supreme Court slated to rule on a case that could reverse or chip away at Roe v. Wade, the 1973 decision that legalized abortion nationwide.

“In New Jersey, we trust each individual person to make their reproductive choices for themselves,” he said. “With Roe v. Wade under attack, today’s historic legislation makes clear that New Jersey’s position in supporting the right to reproductive choice remains protected.”

New Jersey Right to Life, a pro-life organization based in the state, warned that “because of the broad wording in this bill and the fact that there are no gestational limits anywhere in the bill, this new statute will allow abortions at any point in pregnancy, even if the baby is viable or full term.”

Additionally, the group expressed concern that “the Act leaves the door open for a future bill to allow abortion coverage to be mandated in all health insurance plans by authorizing a study by the Dept of Banking and Insurance to adopt through regulation policies to provide such coverage.”