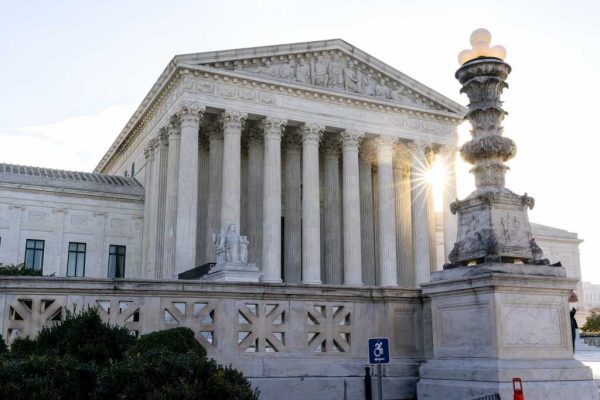 Yesterday’s US Supreme Court hearing which revisited the issue of abortion (Dobbs vs. Women’s Health Org.), began with the words “God save the United States and this honorable court.” What ensued was a secular legalese debate based on science, constitutional interpretation of the law and judicial precedence with political overtones, without any consideration of God.

For example, Justice Sotomayor posed the question of when life begins, but disallowed answering this question with reference to any “religious” consideration. Such an attitude is symptomatic of the secularization of America at the highest level of government, even among elected officials who personally describe themselves as religious and identify themselves as being pious members of established religious institutions. The founding fathers, in authoring the Constitution and other founding documents of the United States, did not operate with such a mindset.

Children who are in-utero cannot speak for themselves, which puts them at a great disadvantage. My 13 month old granddaughter cannot verbalize language except for the word “mama” and cannot walk more than four or five steps, yet she is no less a human being than you or I or the human being whose life begins at conception. My granddaughter’s life is protected by the US Constitution, but the lives of children in-utero do not share this protection.

Secular law considers them to be sub-human and not human beings at all. The supreme authority according to Justice Sotomayor is science, not God. She errs on this point as well. The question of a mother’s life vs. aborting a child is always brought up. I think that this is a misunderstood and misrepresented issue. While there is, unfortunately, a certain mortality rate among mothers at childbirth for various reasons, there are few if any actual medical incidents when the question arises to either save the mother’s life or abort the baby. It was also brought up about “watershed” decisions of the Supreme Court and the integrity of the the Supreme Court if prior court decisions are changed or reversed.

I believe that past practice and past legal decisions play an important role, but that they can be changed if necessary. What is “watershed” and what is not is venturing into very gray and subjective territory. For example, in Dred Scott v. Sandford, the Supreme Court held that the United States Constitution was not meant to include American citizenship for people of African descent, regardless of whether they were enslaved or free, and so the rights and privileges that the Constitution confers upon American citizens could not apply to them. Fortunately this Supreme Court decision is no longer upheld. In conclusion, I believe life begins at conception and that abortion takes the life of an innocent human being. It is the duty of our government to protect this life as a right guaranteed under the Constitution.