“All of these decisions are bad.” Sergei Sobyanin speaks about anti-COVID measures in Moscow 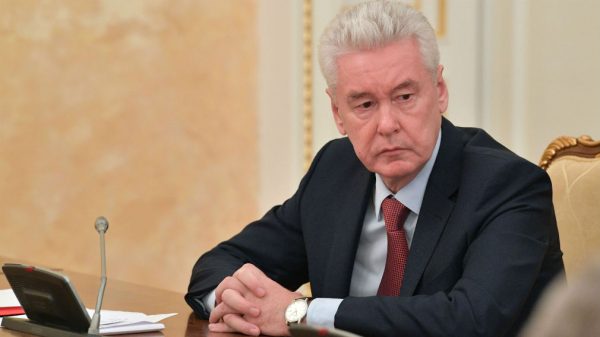 What is the “average” model, will the QR-passes return to Moscow, will reserve hospitals be prepared and will the Moscow electronic school withstand distance education and why in Moscow they choose the best from the bad choices? Moscow Mayor, Sergei Sobyanin, gave an interview to TASS to answer these and other questions, and Pravmir will briefly retell what measures will be taken in Moscow to fight the pandemic.

1. It is important to not exceed 1500 hospitalizations

“But this will be a dramatically different situation. We will switch to a different quality,” noted Sobyanin.

2. Moscow has an “average” model of dealing with the pandemic

According to Sobyanin, three models of combating the coronavirus pandemic have been tested in the world.

“The first one is the Chinese model, when cities and borders are completely closed. Total control is carried out by the military, who guard the territories along the border.

The second model is Swedish, when nothing special is done to contain the situation. Natural immunization of the population takes place: someone dies, someone survives.

The “middle” model is being implemented in Moscow. This has been done both in the spring and now, including partial limitations and smoothing of the peak in incidence, on the one hand, and natural partial immunization, on the other. This makes it possible for businesses to operate and for cities to remain open.

3. There will be no total control of the movement of residents

Sobyanin said that instruments of electronic control over the entry of citizens to Russia, to Moscow, and their movement were partially introduced in the capital. They introduced “social monitoring” and QR codes. These tools helped “to seriously seize the situation and understand what was happening.”

“Electronic passes, which were introduced in spring, gave us an opportunity for almost total control over the movement of citizens,” said the mayor.

But, according to the mayor, total control of the movement of citizens is necessary only in cases similar to Beijing, where the authorities wanted to completely exterminate the virus and ensure control over every citizen and every movement.

“There was no such thing in Moscow, and there is no need for such control in the model, towards which we are moving.”

The video monitoring system for face recognition makes it possible to determine the exits and entrance to the house, how many times a person violated the regime. It defines specific people. This video face recognition system is one of the most powerful in the world, it allows you to provide such control.

“All of this helped us to control the situation and understand what was happening. Individual elements of the system continue to work today. As far as QR codes go, this was such a good experience, we could think about introducing them again, but not totally.”

5. The passes were an effective measure

In Moscow, at the peak of the pandemic, 9 million people were moving around the city every day by personal and public transport. After the introduction of electronic passes, the number of citizens moving around the city was reduced to 3 million people. This made it possible for the capital to get out of the peak of sickness rate, break the chains of contacts, stabilize the situation, and thus save the lives of tens of thousands of Moscow residents.

According to Sobyanin, the system worked and proved to be effective. Today they use tools that are used that are adequate to the current situation.

6. Planned medical care is being provided, new hospitals are not yet being built

To date, four reserve hospitals with a sufficiently large capacity have been created, two of them are being filled, and two of them will begin to fill from Monday.

“This is a long process. It is necessary that the personnel get used to the location, to the equipment, to the electronic system that is implemented there, etc. This process takes from one week to two. Therefore, we will run in all reserve hospitals, but I hope that they will not be needed in full.

Planned medical care is now provided in full in Moscow. At the same time, there are still a lot of reserve capacities in hospitals.”

According to the mayor, the Moscow Electronic School as a system has passed the test and was seriously strengthened during this period.

“In the summer, we watched how this system works, supplemented it with new and new options, so that it was a full-fledged developed system that would work successfully even in the pandemic and in the normal conditions as a serious and good assistant for both teachers and students,” Sobyanin pointed out.

Video conferencing is required today for distance learning. It is provided within the framework of the Moscow Electronic School program. From the MES platform, you can automatically schedule lessons and not create special separate chats, or collect students there separately. Failures may be due to the large number of participants, but this system is more proven, the mayor assured.

8. All of these decisions are bad

According to the mayor, it is important to pause the sectors not related to the main production in order to survive the peak and stop the growth of infection.

“All these decisions are bad decisions, but we do not choose between good and bad, we choose the least bad that we can accept. If you do nothing, tomorrow you will have to take more radical, tougher, more unpleasant measures. Therefore, we make decisions that are adequate to the situation today.”

St. Petersburg Doctors Save a Patient after 10 Cardiac Arrests. He Didn’t Breathe for 20 Minutes

His brain was not injured and resuscitators called it a miracle.

Russian Schools received recommendations for arrangement of distance education. How many lessons will there be and what do hybrid formats mean?

How should education be organized according to the Russian Ministry of Education?

“There are not enough doctors for all ARVI cases”