St. Petersburg Doctors Save a Patient after 10 Cardiac Arrests. He Didn’t Breathe for 20 Minutes

Source: Pravmir (Russian)
His brain was not injured and resuscitators called it a miracle.
_ Pravmir _ | 18 March 2021 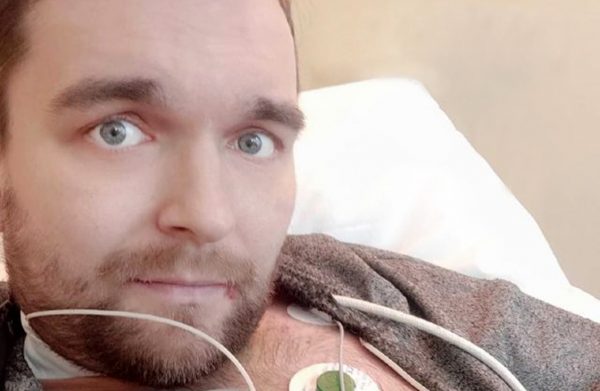 The heart of 30-year-old Anton Dimov stopped more than 10 times in 12 hours. For the first time it stopped as soon as he was admitted to the intensive care unit of St. George Hospital in St. Petersburg. The longest episode of clinical death lasted 20 minutes. Dimov survived and has already returned home. The doctors called it “one of the brightest victories during the pandemic.”

On February 10, 30-year-old Anton Dimov planned to go to the polyclinic in order to have an X-ray and to check how his shoulders grew back together after an injury. But he suddenly felt bad. His lips turned blue, his arms and legs started to feel weak. Dimov immediately called an ambulance. The last thing he remembered was as if somebody turned off the lights in the intensive care unit of St. George Hospital.

“I began to twitch very strongly, I remember that, and then I fell into the darkness,” Anton Dimov recalled. This was the first cardiac arrest.

The patient had massive pulmonary embolism (PE), viral pneumonia, and COVID-19. Therefore, his heart could not stand it.

“Immediate intensive care could not prevent the fatal complication, and blood circulation was stopped. The resuscitation team on duty was successful, but over the next 12 hours, the patient’s heart stopped more than 10 times! The doctors again and again restored effective cardiac activity each time. The patient underwent salvage systemic thrombolysis,” a doctor said in the hospital of St. George.

Resuscitation specialists performed resuscitation measures for one patient more than 10 times for the first time. The longest episode of clinical death lasted 20 minutes. All this time, Dimov’s brain did not have access to oxygen.

“The effective consciousness has been preserved, fortunately, the brain has not suffered, and for us this is a great miracle,” Olga Nagornaya, anesthesiologist-resuscitator, told Channel One.

Anton Dimov recalls how he came to his senses:

“I opened my eyes. There were tubes in my mouth and throat, I did not understand what was happening. Doctor Irina Vlasova came to me and said that my heart stopped more than 10 times. I was very surprised, but did not even realize what had happened,” he told AiF in St. Petersburg. “Now I take it calmly. Yes, it happened. The doctors are great! They have done a miracle. Imagine, my whole body was not working: neither my heart, nor my liver, nor my lungs. Only the brain was waiting for oxygen. My mom asked them ‘what are the predictions?’ And they answered, ‘none!’ So I enjoy every day.” 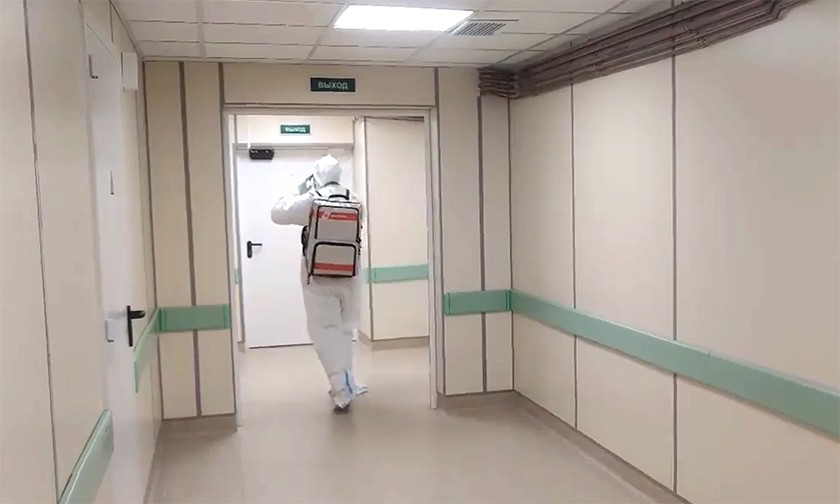 After that, he spent two days on mechanical ventilation, and then was transferred to the clinical department.

One month after his hospitalization, doctors assessed the condition of Anton Dimov as satisfactory, according to the Health Committee of St. Petersburg. Now his body is recovering, which will take three to four months. He himself says: “I am alive, and this is the main thing!”

Russian Schools received recommendations for arrangement of distance education. How many lessons will there be and what do hybrid formats mean?

How should education be organized according to the Russian Ministry of Education?

“There are not enough doctors for all ARVI cases”

“All of these decisions are bad.” Sergei Sobyanin speaks about anti-COVID measures in Moscow

Will they return QR-codes in Moscow?