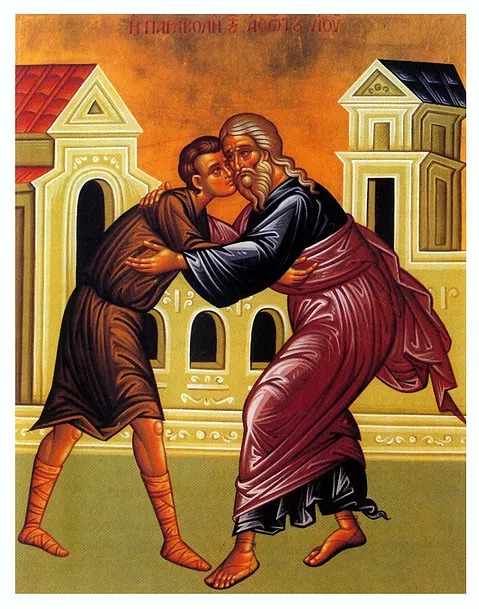 We are undoubtedly familiar with the parable associated with this Sunday of preparation for Great Lent, the Prodigal Son. The prodigal son – the younger son – falls prey to the Great Lie, the oldest lie ever told to man: that real life, true riches, and freedom are to be found away from God, outside of the Father’s house. This is the same lie that the serpent told Adam and Eve in the beginning of the human story: “you will be as gods” apart from God. The insinuation is that God created us to be slaves and servants and that we can only escape to a good life – real life – away from and apart from God.

The younger son in the parable believes this lie. He cannot imagine life with his Father as blessed and full and rich, but only as limiting, restricting, and poor. He only begins to understand the true wealth and riches of the Father’s house when he is at his lowest, in the lowest poverty and enslavement that he has ever truly known. It is from the pig pen, starving while slopping the hogs, that he says, “I will go back and be as one of my Father’s servants,” because even though he now understands the wealth of his Father’s house he cannot imagine that he could ever again be a son in that house.

The true riches and wealth that belong to a man in God are clear from the Father’s words to the elder son, who listens to the whispers of the same old lie but who, different from his brother, stays in the Father’s house out of a sense of duty. When he is bitter that his Father has received his younger brother back into the fold and complains about his poverty even though he has been dutiful, the Father says these remarkable words: “All that I have is yours.” As Fr Zacharias of Essex says, this is a remarkable statement of our life in Christ, and it is a statement that shows the wicked and deceptive nature of the oldest lie told to man. “All that I have is yours” means that real poverty and enslavement is life apart from God. The promise of independence and being on our own, being our own masters, is a lie. Real freedom and wealth as human beings is spiritual, and it comes from being one with God, dwelling in the Father’s house.

The Bible has a word for this wealth and freedom that is found in the Father’s house. It is called “blessedness”. The Psalms use it constantly to describe the life of the man who walks in the way of the Lord, who abides in God’s commandments, who knows God’s ways, etc. Our Lord uses the word in the Gospels to describe the person who has found their life already in this world immersed in the depths of the Kingdom of God.

Great Lent is our opportunity to wake up from the Great Lie. Repentance is the possibility of return to the Father’s house, not as slaves and servants, but as sons. As the Fathers of the Church never tire of saying, “Christ became what we are so that we can become what he is.” Does that sound like poverty? “God became man so that man can become God.” Does that sound like enslavement? Let us, this Lenten season, see the word of the evil one for what it is: a lie to lure us away from the life of blessedness into a slow dying of corruption leading to death. Let us who have become prodigal return home to blessedness. But also, let us who have stayed at home in the Father’s house only out of a sense of duty discover the blessedness that was always everywhere around us. “All that I have is yours.” 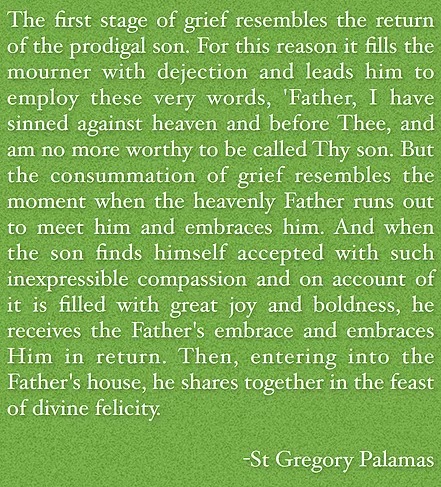 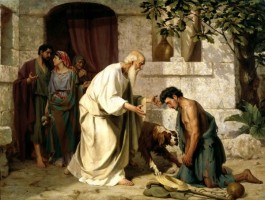 Most viewed articles
First Church in the Antiochian Archdiocese Named for St. Xenia of St. Petersburg Prepares for Feast Day288
Patriarch Kirill: Not Only People, But Churches Too, Can Depart from God174
My World’s Different105
A Christianity of the Catacombs93
Patriarch Porfirije of the Serbia: Our Position on the Church Issue in Ukraine Has Not Changed89
Thoughts on Theophany and Revelation80
Archbishop Makarios of Australia: ” the Great privilege of the Orthodox Church is that we live in communion”32
1
Most popular authors
Pravmir.com team583
Protopresbyter Themistoklis Mourtzanos105
Archpriest Lawrence Farley93
Elissa Bjeletich80