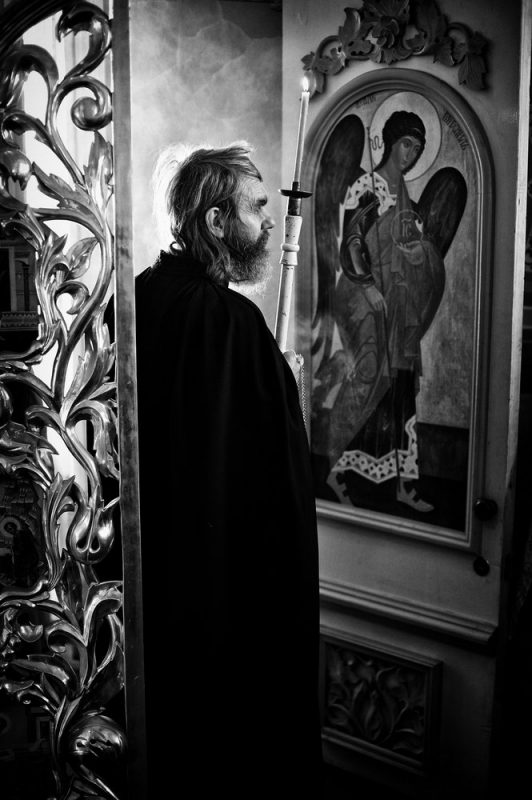 There’s a story told about a company hiring truck drivers to drive dynamite through the mountains. They brought in the first driver to interview him and ask him one question: “How close can you get to the edge of the road without going over the edge?” He said confidently, “Five feet.”

A second driver was interviewed and was asked the same question to which he replied, even more confidently, “Two feet.”

A third driver was brought in and asked the same question. This one, rather than answering with confidence, looked puzzled. Finally, he answered hesitantly, “How should I know? I never try to get close to the edge of the road.” He got the job.

When it comes to the commandments of Christ and the tradition of the Church, far too many people are like the first two drivers: they want to see how close to the edge they can get without going over. The commandments of Christ and teachings of the Church for these folks are like boundaries that exist to limit their freedom. And so they reluctantly keep them, if they keep them at all, but are constantly pushing up again them, seeing how close they can get without going over the line.

The primary problem with this way of thinking is, of course, that it approaches the Commandments and teachings of the Church as if they were a list of do’s and don’ts. Never mind that this way of thinking isn’t remotely spiritual, it doesn’t even rise to the level of basic morality. Instead it approaches the commandments of Christ and the Tradition of the Church the same way it would approach a set of traffic rules. And in that standpoint we are AOK as long as we don’t cross over the line. So long as we do no wrong, we are in the right.

This viewpoint is, not surprisingly, a long way from the Gospel and from the teaching of our Lord. Think, for example, how often the Lord tells parables that indicate quite clearly that God is not going to be content on Judgment Day with our simply having done nothing wrong. As a case in point, consider the parable of the sower in which those are saved are those who bear fruit: “some thirty-fold, some sixty, and some a hundred.”

Even more to the point consider the parable in Matthew 25.14-30 about the master who went away and left his servants with different amounts of money (“talents”). The one who buried his talent and then returned the same amount to his master when he returned had his talent taken from him and was thrown out of the Master’s house into outer darkness. “For to everyone who has, more will be given, and he will have abundance; but from him who does not have, even what he has will be taken away.”

When God created man in the beginning, man and woman, he told them to be fruitful and multiply. This does not just apply to childbearing but to man’s nature and calling to be productive and fruitful. And Christ’s commandments are the key to this bearing fruit, for they are the path to virtue, and virtue is the fruit of the grace of the Holy Spirit in our lives.

We would do well to recall the well-known story from the Sayings the Desert Fathers:

Abba Lot went to see Abba Joseph and said to him, ‘Abba as far as I can I say my little office, I fast a little, I pray and meditate, I live in peace and as far as I can, I purify my thoughts. What else can I do?’ Then the old man stood up and stretched his hands towards heaven. His fingers became like ten lamps of fire and he said to him, ‘If you will, you can become all flame.’

We are undoubtedly familiar with the parable associated with this Sunday of preparation for Great Lent, the Prodigal Son. The…