Always, Everywhere, and by All:Giving the Ancestors A Vote

Tradition means giving votes to the most obscure of classes – our Ancestors.” – G. K. Chesterton

About a decade ago, a very solid Orthodox priest shocked me with the pronouncement: the Orthodox Church is not conservative! How could this be true, I asked? Orthodoxy dedicates so much to preserving the inheritance of the past, the wisdom of the ages – all that is good and true, in the face of the confusion of modernity. Surely, Orthodoxy is the natural spiritual home to religious conservatives? 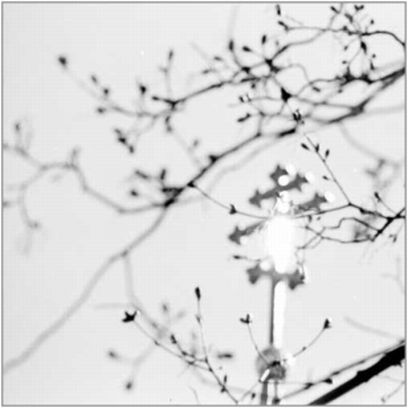 The priest explained himself. To be conservative, he argued, was to be a defender of the status quo, the way things are, whatever that may be. Regardless of the experience of others cultures and other times, the conservative resists changes at all costs, regardless of the merits of the change. The concept of change is de facto a negative: conservatism is simply the flip side of the revolutionary view, that argues that change is de facto a positive.

For the Orthodox Christian, neither approach is true. While Orthodoxy has far less in common with the revolutionary view, Orthodoxy is not conservative at heart, but rather traditional. The differences are fundamental.

In many ways, Holy Tradition has a more conservative character, since it rejects the idea that revolutionary change can accomplish anything that is spiritually helpful. It also trusts the inherited wisdom of the past – the collected wisdom of the Church through the centuries.

Yet Orthodox Tradition (often called Holy Tradition) takes a different approach. Since Holy Tradition incorporates the entire, collected experience of all holy people from all times and places, it is above the chauvinism of conservatism, rejecting the idea that the spiritual life of one time or place – Byzantium, Imperial Russia, modern North America, or even the age of the Apostles – contains the unique expression of the Truth to the exclusion of all others. Since Holy Tradition seeks the witness of the Holy Spirit in the Church through the filter of the lives not of a few well-known or clever saints, but of all the saints, it avoids the pitfalls of individualism, whether from conservatives or liberals. It is not enough to have heroes, even holy ones, since even the saints have certain errors and excesses in their own individual character. We see this in the examples of saints like Augustine of Hippo, whose writings on repentance are full of Orthodox witness, but whose words on the question of original sin sometimes present a distorted picture of Orthodox Truth. The witness of the whole Orthodox Church, throughout the ages, provides the lens for the Truth of Christ.

The traditionalist Roman Catholic author G. K. Chesterton wrote about giving the ancestors a “vote”, as it were, on the way in which the world should progress; in doing so, we can see just how irrelevant are passing modern trends. The Church triumphant – the company of the departed saints – will always outnumber the Church militant, with only a tiny crumb representing us Orthodox in North America.

Saint Vincent of Lerins, one of the esteemed Fathers of the Orthodox West, is often quoted for his famous words: the catholic (universal) faith is that which was believed everywhere, always, and by all. As Orthodox living in the twenty-first century let us heed the words of this holy one, recognizing that our Faith is not a museum piece from a sacred time for us to preserve in suspended animation, but rather a witness to the Eternal Truth of Christ, Who can be found , unchanging and unchanged, in all times, places, cultures, and situations.