Ancient Discovery Made Under Nazareth’s Church of the Annunciation

Source: TheBlaze
Natalya Mihailova | 02 July 2015
A team of American and Israeli archaeologists uncovered what they believe to be a 1,700-year-old mosaic 6 feet under the Church of the Annunciation in Nazareth, the site where some Christians believe that the upcoming birth of Jesus was announced to the Virgin Mary. 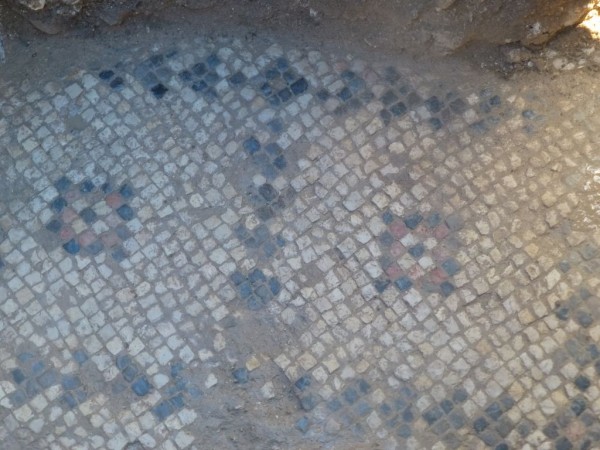 A Byzantine mosaic from the original Church of the Annunciation in Nazareth, found beneath the modern church's courtyard. Photo: http://www.timesofisrael.com

“The mosaic floor is beautifully decorated with multiple stylized crosses and iconography,” Professor Richard Freund of the University of Hartford said in a statement.

Archaeologists from the University of Hartford, Duquesne University in Pittsburgh and Haifa University said they discovered the fourth-century mosaic floor using ground-penetrating radar.

“Based on the data we collected in December 2012 and January 2015 using the geophysical techniques ground-penetrating radar and electro-resistivity tomography, we determined that ‘something’ was buried beneath the courtyard behind the current incarnation of the church,” said Duquesne University’s Dr. Philip Reeder.

According to Christian tradition, the annunciation refers to the angel Gabriel’s announcement to the Virgin Mary that she would give birth to Jesus.

The Greek Orthodox Church of the Annunciation was built during the Byzantine period at the site in Nazareth where Greek Orthodox believe Mary received the news that she would give birth.

The church was destroyed and rebuilt several times over history.

The mosaic was created around the time the mother of Constantine the Great, St. Helena, was in the Holy Land directing the construction of churches there.