An Angel of the Church: In Remembrance of Metropolitan Vladimir of Kiev and All Ukraine: Part V

When you are with the Metropolitan of Kiev, you feel joy and a special feeling of reverential fear: this is not the fear of secular people before their superiors, but the fear of God, which believing people feel when approaching something holy.
Bishop Mitrophan of Gorlivka and Slavic | 11 July 2014
On July 5, 2014, His Beatitude, Metropolitan Vladimir of Kiev and All Ukraine, head of the Ukrainian Orthodox Church (Moscow Patriarchate) reposed in the Lord. In his memory we will offer five brief tributes ¬ – one each day – by fellow hierarchs of the Ukrainian Church. 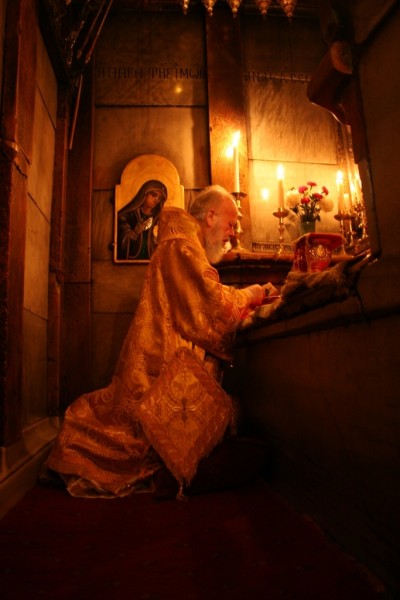 I have known His Beatitude, Metropolitan Vladimir, since before my priestly ministry, since Vladyka often visits Donbass. I have always admired his zeal for the divine services and heartfelt sermons. For me, personally, praying with His Beatitude at the Liturgy is always a special experience. Like the Apostles, who were with the Savior on Mount Tabor during the Transfiguration, I always repeat in my heart the words of one of them, Peter: It is good for us to be here, Lord. And in fact, when you are with the Metropolitan of Kiev, you feel joy and a special feeling of reverential fear: this is not the fear of secular people before their superiors, but the fear of God, which believing people feel when approaching something holy. 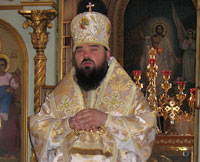 The decision of the Holy Synod under the presidency of His Beatitude regarding my episcopal consecration was a complete surprise for me. I was very worried, and the feeling of some confusion did not leave me until my very consecration. When I entered the altar, approached the Holy Table, and knelt, I heard the quiet and calm voice of His Beatitude – he gave guidance regarding the sacred actions. And everything suddenly fell into place. After the episcopal hands were laid on me I understood that everything depended less on me than on the Lord God. It was His Divine Providence that decided both that I should be consecrated a bishop and my further actions as a hierarch, although of course it also depended upon my own efforts, but mostly from the Lord. He guides and strengthens, supports and comforts. Vladyka Vladimir said as much to me when presenting me with the bishop’s staff: “In your episcopal ministry, find strength and support in prayer to the Savior and His All-Pure Mother and turn to the saints of the Kiev-Caves, at whose place of whose ascetic struggles you were ordained.”

I remember the Archpastor’s words that the episcopal rank is not an end it itself, it is not a reward for virtue, but rather a call to the most difficult hierarchal ministry in the Church. He also said that ministry in the Church has always been the ministry of the cross: a hierarch, in imitation of Jesus Christ, must live not for himself, but serving God and his flock.

Everything that His Beatitude told me he has personally experienced and undergone, given that his very life has been a constant service of God and people. He gives himself to others totally and without reserve. Looking at the Metropolitan of Kiev and All Ukraine, you understand what an Orthodox hierarch should be like.

An Angel of the Church: In…
Archbishop Augustine of Lvov and Galicia

Continued from part I.  II. Archbishop Augustine of Lvov and Galicia  I first met His Beatitude,…