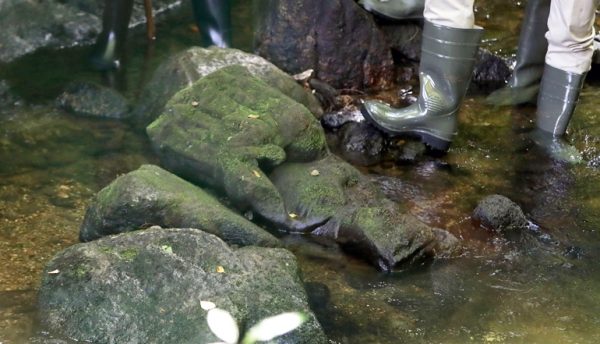 The sculpture was discovered two weeks ago in the Sar River on the outskirts of Santiago de Compostela by an angler looking for trout. What appeared to be a slimy rock at first sight could turn out to be a 700-year-old piece of Spanish religious history.

“I was out fishing when I tripped on a stone,” Fernando Brey told the Voz de Galicia newspaper.

“I noticed the stone was square – which is odd in a river – and then I looked at its lines, at the cape and at the shape of the head. And I said to myself: ‘There’s something here’.”

On Monday morning, the statue was taken from the river to be examined at the city’s Pilgrimage Museum. 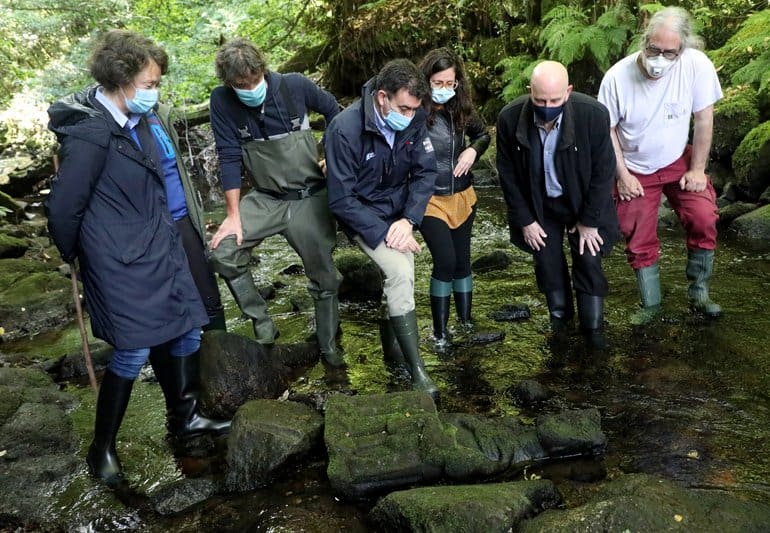 “On both sides of the Virgin, by each of her shoulders, are two angels or putti,” the regional government of Galicia said in a statement. “They’re fairly worn away, but you can still make out each of their faces and a hand holding up an object or the Virgin’s own cape.”

The base of the sculpture is decorated with a four-petalled flower and interwoven acanthus leaves.

Initial investigations suggest the piece is carved in the local Galician gothic style and may once have decorated a wall.