Another 777 Infants Baptized by Patriarch Ilia of Georgia 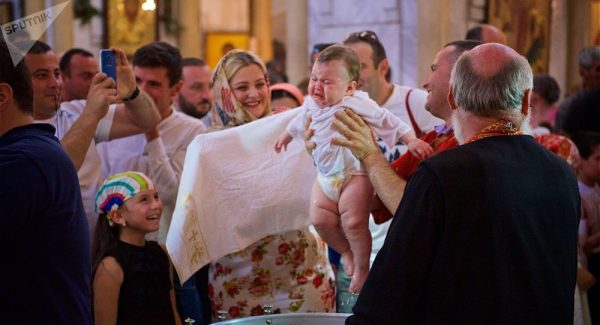 The 58th mass baptism of children took place at the Cathedral Church of the Holy Trinity in Tbilisi on May 06, 2019, the commemoration day of St. George, who is considered the patron saint of Georgia, reports Sputnik-georgia.ru.

“This time, 777 children have become grandchildren of the Head of the Georgian Orthodox Church,” it was said in the statement.

His Holiness Patriarch Ilia of Georgia baptizes third and subsequent children in the families whose parents were married in the church. This initiative is aimed at the improvement of demographic situation in the country.

The first mass baptism of infants took place in Tbilisi on January 19, 2008. Since then more than 38.7 thousand children became godchildren of the Patriarch.