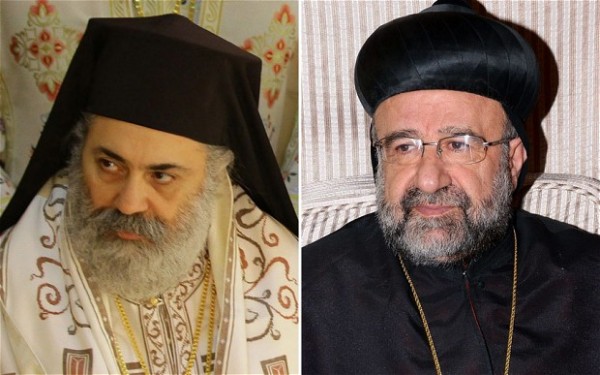 “Regrettably, we know absolutely nothing about their fate. We do not know where they are, what they [militants] have done to them, whether they are alive or have been killed. We have absolutely no idea about their whereabouts,” Metropolitan Luke said at a meeting with a Russian parliamentary delegation.

“If you can find out anything about it, please tell us. We will be very grateful,” he told them.

Metropolitan Paul of Aleppo was kidnapped by militants near the border with Turkey on April 22, 2013.

Metropolitan Paul is the brother of Patriarch John X of Antioch.

Aleppo’s Jacobite Syriac Archbishop Gregorios Yohanna was abducted together with Metropolitan Paul. Both priests were monitoring the distribution of humanitarian aid on the outskirts of Aleppo.

During the attack, terrorists killed a deacon who was driving the priests’ car and abducted the clergymen themselves. The militants took them in an unknown direction. Presently, there is no reliable information about them. Reports claiming either the priests’ release or their death have appeared in the media from time to time.