Antiochian Archdiocese Purchases Property for the Establishment of the Convent of St. Thekla 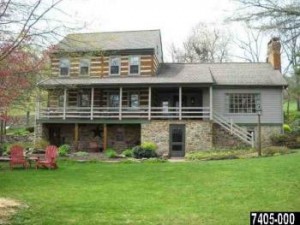 Main house at the new property

The Antiochian Orthodox Christian Archdiocese of North America has completed the purchase of property and buildings in York County, Pennsylvania for the establishment of the Convent of St. Thekla, a female monastic community. The property is located in Glenville, Pennsylvania and consists of 51 acres of land which includes a four-bedroom “move-in-ready” house, a two-story barn, and a three-car garage with an attached workshop. The property also has a pond, and includes 30 acres of farmland and seven acres of woodland.

The original plan for the Convent called for it to be built on a parcel of land which is on the main property of Antiochian Village. However, it became clear that the cost of doing this would be too high, especially given that it would have required that all the infrastructure (road, water, electricity, and sewage) be made available at the site. There was also the risk that environmental concerns (such as the discovery of endangered plant life or animals) could have seriously impacted the building plans. The purchase was funded by a combination of the money that had been raised by the Antiochian Women through their multi-year fundraising effort, an endowment fund that had been set aside many years ago for this purpose, and generous donations from individual members of the Archdiocese Board of Trustees.

This is a most exciting development, and we ask for prayers that the Lord will greatly bless these efforts, and the women who will eventually form this monastic community.