April 25, 2015: Orthodox Christians to Gather at March for Marriage

Source: Antiochian Orthodox Christian Archdiocese of North America
April 25 represents the third March for Marriage in Washington D.C., and is set to take place within days of when the Supreme Court is expected to hear oral arguments on the cases before them that will decide the national legal status of civil gay "marriage."
Natalya Mihailova | 15 March 2015 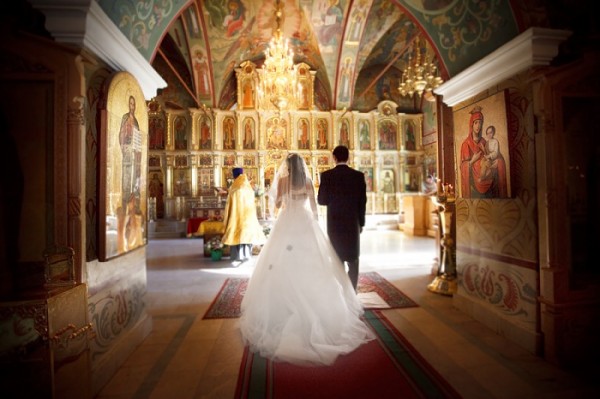 Book your flight and plan your trip for April 25, 2015, on the National Mall in Washington D.C., for the March for Marriage. This year’s March will include an Orthodox Gathering, sponsored by the group Crown Them With Glory. (More details to follow soon.)

On January 16th, 2015 of this year, the Supreme Court agreed to hear four new cases on same-sex “marriage,” and “rule on the power of the states to ban same-sex [so-called] marriages and to refuse to recognize such marriages performed in another state” (details here).

The March for Marriage is supported by the National Organization for Marriage who is working diligently to communicate the necessity for the defense of marriage between one man and one woman. April 25 represents the third March for Marriage in Washington D.C., and is set to take place within days of when the Supreme Court is expected to hear oral arguments on the cases before them that will decide the national legal status of civil gay “marriage.” It is projected that this ruling will seriously impact religious freedom in the USA.

The March is a peaceful rally, comparable to the March for Life. We invite you to make every effort to attend the rally, and encourage your priests, brothers and sisters in Christ, and leaders and members of religious communities in your area to do likewise. Come out in support of marriage between one man and one woman, modeled from our Lord’s love for His Bride: the Church. With a blessing to pursue this work from a number of our bishops, many priests believe it is time we had a national pan-Orthodox Christian movement. A strong, vibrant, and clear message is needed from our Church on the matter of the Mystery of Holy Matrimony, as well as an enumeration upon God-blessed sexuality and gender roles, toward the strengthening of family life. This action is necessary in order to dispel confusion which has been stirred up by our secular culture, and most egregiously, even by some of our own clergymen.

Such an effort would be blessed by God to the building up of our faith in the hearts of our Orthodox people. This is what our nation’s people need to see: that the Orthodox Church has preserved its timeless teachings on the sacrament of marriage, and, as a place of refuge, the Church offers healing through Christ for us all, boldly proclaiming a blessed path toward salvation.