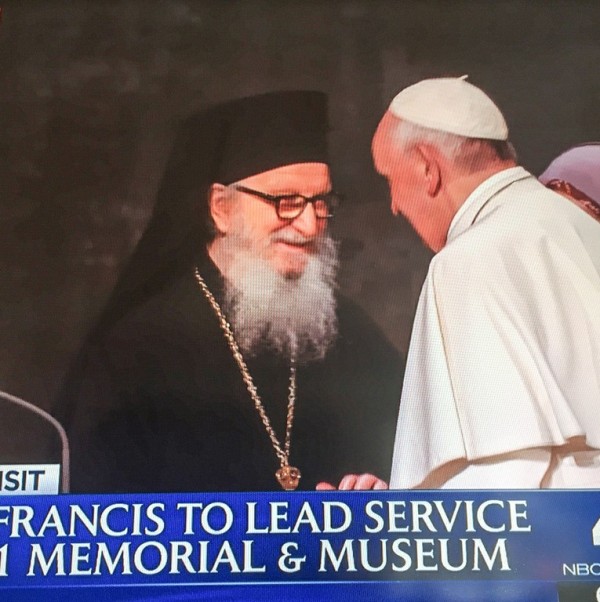 The gathering, called “Witness for Peace,” was a moving tribute to all who were affected by the September 11 attack, first responders, family members of victims, survivors, and all who remember that day. It was an occasion and an opportunity to promote Peace in the world, in which all the major faiths of the world are involved in a responsible way. 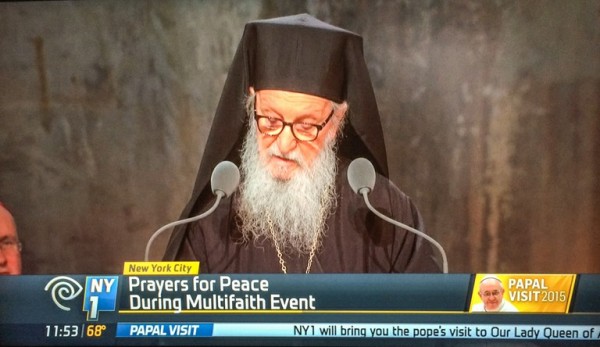 His Eminence Archbishop Demetrios was a participant in the program and read the excerpt from the Gospel of Matthew (5: 3-10) known as the “beatitudes.”

Some 400 people, consisting mostly of September 11 family members, attended the event. Among the dignitaries were the Governor of the State of New York Andrew Cuomo, the Mayor of the City of New York Bill DeBlasio, U.S. Senator Charles Schumer (D-NY) and a number of other officials. 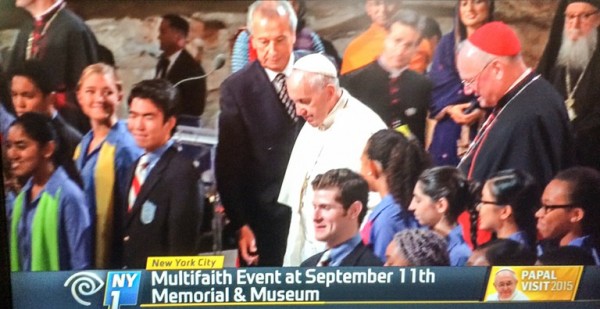