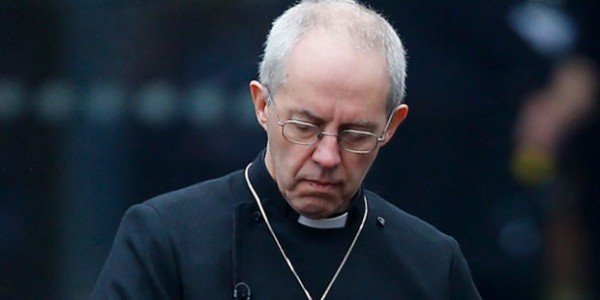 Justin Welby, The Archbishop Of Canterbury And Senior Bishop In The Church Of England - REUTERS

In a two-day visit, Archbishop Welby will visit St. Mark’s Coptic Orthodox Cathedral in Cairo to meet Pope Tawadros II of Alexandria, to pay condolences over the death of 21 Egyptians in Libya last February.

Archbishop Welby is also scheduled to meet Ahmed al-Tayeb, the Grand Imam of al Azhar, during his visit.

The Islamic State (IS) group kidnapped 21 Egyptian Coptic Christian migrant workers in the city of Sirte, Libya in January 2015. And in Feb. 15, ISIS published a video showing the beheading of the captives on a beach along southern Mediterranean coast.

The Copts were kidnapped “in revenge for” an Egyptian woman who was allegedly tortured in an Egyptian churche over converting to Islam, according to IS’ English-language magazine Dabiq.

Most viewed articles
The Truth About Riches178
The Muskox Response To COVID-19136
Metropolitan Onuphry Speaks on How to Protect One’s Soul From Sin102
Patriarch Porfirije Thanks the Russian Church for Participation in Restoring Serbian Churches97
Do We Act Differently Than Others?70
Strong Orthodox Presence at the 2022 March for Life54
March for Life participants optimistic for a post-Roe America: ‘This is just the beginning’54
Most millennials, Gen Z adults support bans on abortions when baby’s heartbeat is detected: poll50
Sunday of the Samaritan Woman2
Most popular authors
Pravmir.com team303
Fr. Gabriel Bilas178
Archpriest Michael Gillis136
Priest Luke A. Veronis69
Ryan Foley54
Maria Trushanina1