Archbishop Klement: The Adopted Law Has Nothing to do with the UOC 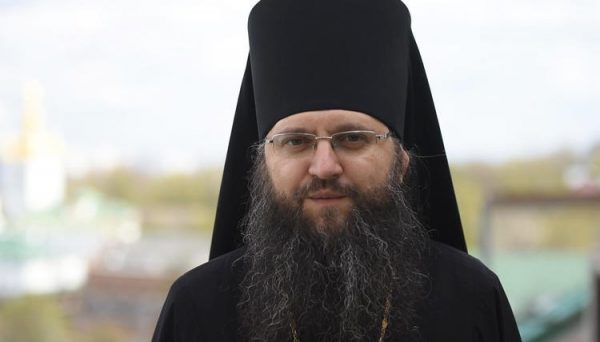 Archbishop Klement of Nezhin and Priluki

The Ukrainian Orthodox Church has no reason to change its name.

Probably, MPs when adopting bill No. 5309 on renaming the Church, meant someone else, because this law has nothing to do with the Ukrainian Orthodox Church. This opinion was expressed on Thursday, December 20, by the head of the Synodal Information and Education Department of the UOC, Archbishop Klement (Vecheria) of Nezhin and Priluki.

“This law has nothing to do with our Church, because it’s not stated anywhere that we have a relationship, subordination, management with any foreign center, including where there is an aggressor state,” the UOC representative said. “Someone else might be meant by Parliamentarians, one had better ask them.”

According to Vladyka Klement, the UOC has no reason to change the name and it does not need to react to this law at all, since according to its Charter, registered by the state, the governing center of the Ukrainian Orthodox Church is based in Kiev, the Church is governed by the Holy Synod, the Bishops’ Council and the Local Council of the UOC.

“According to all available legal documents that have been valid since long ago and were registered even earlier than the Verkhovna Rada appeared in independent Ukraine, we have no liason with the aggressor state in legal, administrative, economic terms. We received the Tomos on independence back in 1990,” the Archbishop emphasized.

He noted that he is worried about the behavior of Ukrainian politicians who, under the pretext of this “populist” law, resort to insults and aggressive appeals against the UOC and its believers: “This is what worries me. Because in any civilized state it is absolutely unacceptable. It can be the case, perhaps, somewhere in South Africa or in the countries of the Middle East. It’s regrettable to watch the fact that today we are spiraling in terms of church-state relations into such a level, though I think we cannot influence these processes.”

As the UOJ reported, Archpriest Alexander Bakhov, head of the Law Department of the UOC, said that any attempts on the part of state authorities to force a religious association (the Church) to change its name are illegal and violate international law.

Bill No. 5309 provides for amendments to the Law of Ukraine “On Freedom of Conscience and Religious Organizations” regarding the name of religious organizations (associations) that are included into (form part of) a religious organization (association) whose governing center (administration) is located outside Ukraine in the country that, according to the Law of Ukraine, is recognized as carrying out military aggression against Ukraine and/or temporarily occupied part of the territory of Ukraine.”

The Law Department of the Ukrainian Orthodox Church addressed President of Ukraine Petro Poroshenko with a request to veto this law.