Archbishop of Athens Opens Monasteries and Camps for the Fire Victims 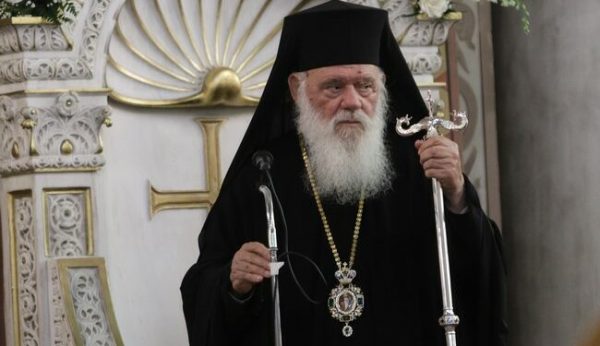 Archbishop Ieronymos of Athens and All Greece. Photo: Eurokinissi

Archbishop Ieronymos of Athens and All Greece went to the operations coordination center of the Fire Brigade in Chalandri for the emergency meeting on the evolution of the fires.

At the same time, the Archbishop appealed to all Monasteries in the regions of the country affected by fires to assist by any means and in any way in the relief of our suffering fellow humans.

Also, the Archbishop has already instructed the General Director of the “Apostoli” Konstantinos Dimtsas, to undertake the feeding and covering the immediate needs of our fellow humans who are affected by the fire.

The Archbishop expresses his gratitude to all the men and women of the fire brigade and the police, as well as to all the numerous volunteers for the battle they are fighting with self-denial and self-sacrifice in the last days against the fiery storm.

In addition, the Holy Synod of the Church of Greece sent this morning an encyclical note to the Archdiocese of Athens and the Dioceses, requesting direct communication with each Region, in which each Holy Diocese is located, in order to inform about the number of beds that can be used for the temporary accommodation of fire victims in church sites and institutions (Camps, Boarding Schools, Holy Monasteries, etc.).

Archbishop Ieronymos of Athens and All Greece, who from the first moment communicated with the local Metropolitans, whose Provinces were affected by the catastrophic fires and expressed the support of the Holy Synod to the victims, immediately set up the Philanthropic Organization of the Archdiocese of Athens APOSTOLI “(tel. 2130184400) at the disposal of each competent agent for the immediate provision of any assistance (clothing, food, etc.) to the fire victims.

On September 30, 2021, the presentation of the Chinese version of Patriarch Kirill of Moscow’s book In His…

French Saxophonist Ordained a Priest for Orthodox Parish in Louveciennes

Claude Delangle, the most sought-after master of the saxophone in the world, was ordained a priest on Sunday…