Archbishop of Canterbury: Christians murdered in Kenya and Libya by Islamist terrorists are ‘martyrs’

Source: The Independent
Natalya Mihailova | 08 April 2015
Christians murdered in Kenya and Libya by Islamist terrorists are “martyrs”, the Archbishop of Canterbury said in his Easter Sunday sermon, as the Pope also called for an end to the bloodshed. 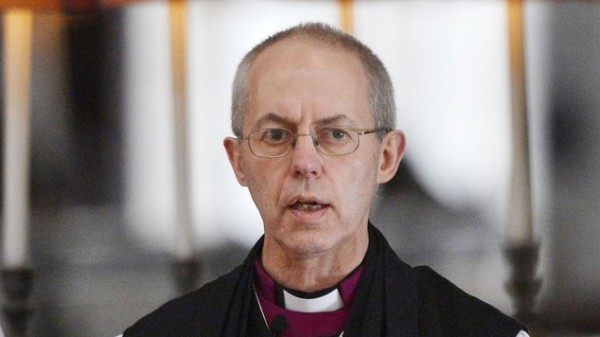 The Most Rev Justin Welby and Pope Francis both spoke of the persecution of Christians as Kenyans mourned the deaths of 148 people on Thursday when four al-Shabaab militants attacked Garissa University. The attacks came after 22 Coptic Christians were beheaded by Isis militants in Libya in February. The Pope also specifically condemned arms dealers, saying they “make their money from the blood of men and women”. The Archbishop urged the faithful to resist persecution with love, not violence – as Kenyan churches deployed armed guards to protect their congregations. Speaking in Canterbury Cathedral yesterday, the Archbishop said: “On Maundy Thursday, three days ago, around 150 Kenyans were killed because of being Christian. They are witnesses, unwilling, unjustly, wickedly, and they are martyrs in both senses of the word.

“These martyrs are caught up in the resurrection: their cruel deaths, the brutality of their persecution, their persecution is overcome by Christ himself at their side because they share his suffering, at their side because he rose from the dead. Because of the resurrection of Jesus from the dead the cruel are overcome, evil is defeated, martyrs conquer.”

He said that he had been told that the Copts in Libya “died proclaiming that Jesus Christ is Lord”. “There have been so many martyrs in the last year,” he added.

In an equally sombre Easter address, Pope Francis asked Jesus to “lighten the sufferings of our many brothers and sisters who are persecuted for his name, and of all those who suffer injustice as a result of ongoing conflicts and violence – and there are many”.

“May constant prayer rise up from all people of goodwill for those who lost their lives,” he said. “I think in particular of the young people who were killed last Thursday at Garissa University College in Kenya.” He called for an end to the “present absurd bloodshed and all barbarous acts of violence” in Libya and also prayed for peace in Syria, Iraq, Yemen, Sudan, South Sudan, the Democratic Republic of Congo and Nigeria, where Boko Haram Islamists have targeted Christian churches.

“We ask for peace and freedom for the many men and women subject to old and new forms of enslavement on the part of criminal individuals and groups,” he said. “Peace and liberty for the victims of drug dealers, who are often allied with the powers who ought to defend peace and harmony. And we ask peace for this world subjected to arms dealers, who make their money from the blood of men and women.”

It emerged yesterday that one of the attackers was the son of a regional government official in Kenya. The father had reported his son missing and was helping police trying to find him when the attack happened.

The gunmen singled out Christians to be killed and spared Muslims as police waited seven hours to send in a tactical unit. The specially trained officers took only 30 minutes to kill the attackers once they were allowed to move in.