Source: Pravmir.ru
Natalya Mihailova | 15 November 2014
November 13, 2014. The Declaration of Russian Identity was adopted at the eighteenth World Russian People's Council on November 11. In particular, the Declaration says that “every Russian should recognize Orthodox Christianity as the basic of their national culture”. Archpriest Vsevolod Chaplin, Chairman of the Synodal Department for the Cooperation between the Church and Society, shared his opinion on the discussion about this issue. 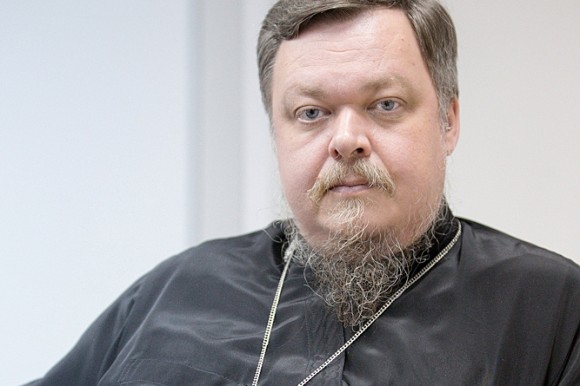 People, who are afraid of the strengthening of Orthodox Christianity and acknowledging it as the faith that has created the Russian government and the Russian people, are the initiators of arguments over this phrase, not representatives of other religions or national minorities. I have communicated with Muslims, Jews, and Buddhists considerably. Almost all of them admit the key role of Orthodoxy for Russian mind and the Russian history.

We should not be afraid to speak about it directly! Protestantism has created America, Catholicism has formed Italy, and Orthodoxy has created Russia. The less we are ashamed of this, the more we speak about it, the more openly we put it in the principle of social structure, the more truthful it will be and the faster we will find ourselves as a people and as one of the global forces.

We are imposed on refusing ourselves and on making constant excuses for ourselves. We should overcome this once and for all.

Most viewed articles
Fleeing To The Desert, A Little Bit160
The Worst Year Ever – Or Was It?139
El Mundo Includes Russian Orthodox Cathedral in the Six Most Beautiful Churches of Madrid117
Resentment, Guilt, Forgiveness: What Should Everyone Know About Them?110
Patriarch Kirill Speaks on the Power of Epiphany Holy Water104
South Carolina Passes Pro-Life Bill That Takes Aim at Roe V. Wade60
Orthodox Service “Mercy” to Open a Rehabilitation Center for Homeless49
Orthodox organization invites children to strengthen faith through a short film competition28
The Transfiguration of Our Lord and Savior Jesus Christ1
Sunday of the Samaritan Woman1
Most popular authors
Pravmir.com team270
Archpriest Michael Gillis160
Archpriest Geoffrey Korz139
Konstantin Olkhovoy110
Madison Ferguson60
Ștefana Totorcea28
Fr. Gabriel Bilas1