“The following passage is how Fr. George Calciu concludes a story about a time when, imprisoned by the Communists, he asked one of the cruelest guards for a piece of bread to celebrate the Liturgy in his cell. The guard’s jaw dropped at the audacity of the request and he slammed the door… only to return a while later to silently slip him the requested bread. Fr. George concludes:

‘So you can see the miracle. I did not ask God to make the miracle for me. The most important miracle that God performed during my imprisonment was a miracle of the heart: not breaking the doors, not setting me free, not sending His angels flying into my cell, but changing the heart of my torturer. There is no miracle greater than this miracle.’”

The passage above illustrates much of what I wish to say here. For years now, I have indulged in, suffered through (in some cases) and been privy to heated debates between atheists/skeptics and theists. Recently, I have noted a real push back against what is called the “New Atheism”, distinguishable from what I suppose is the “old” atheism by its focus on polemics and outrage rather than intellectual rigour (exemplified by such famous atheists as Sartre, Camus, or Schopenhauer). By now, the “New Atheism” is a rather tired affair, but its effects have rippled into the fabric of popular culture to a great degree.

I read somewhere, and I confess I remember not where, that many converts to Catholicism were composed of young intellectuals and academics. This is related directly to what I mention above, and if one scans the western Christian world briefly, one can see that many Christians, both Catholic and Protestant, are actively engaged in philosophical and theological debates with other atheistic and agnostic intellectuals. From academics and professional theologians to lay apologists, everyone seems to be throwing their two cents into the endless debate.

I say endless, because it is endless. When I was a triumphalistic convert to Roman Catholicism, I loved diving into debates with atheists. Somehow, I seemed to think that the more rigorous the argument, the grander the argument and more flawless it seemed, the more the atheist would be convinced. However, not once in my thirty-one years of living have I ever witnessed an atheist suddenly convinced by the classical arguments for the existence of God. Never was there a moment when a classical philosophical proof for the existence of God was given only to have the atheist/skeptic’s jaw drop in utter horror at how they could not have “seen the light” for however many years. Never once did I see an atheist or an agnostic suddenly come to the truth of Christianity because someone gave them an airtight argument for the existence of God. Not once. One would do well to notice that neither did St. Paul, who did not ruminate on arguments of contingency while journeying to Damascus, but was converted through his experience of the risen Christ.

Once, an atheist friend of mine had challenged me on the issue, and, in a state of pride and wanting to “show him”, I copy-pasted the entire argument for the existence of God given by the Franciscan theologian Duns Scotus, and sent it to him. Scotus was known in his time as the “Subtle Doctor”, famed for his hair-splitting (and headache-inducing) theological writings that came to exemplify scholasticism at its most intricate and complex. Of course, I had not read the argument of Dun Scotus, nor could I honestly pretend I understood it; yet, it was “airtight”, grand in language, and supposedly a philosophical masterwork. My atheist friend’s reply? A video of various scientists declaring religion to be for idiots and fools. As you can see, we talked past each other, and all that really resulted was hurt feelings and empty polemics.

“the whole concept of proving God’s existence really begins in the late eleventh century, with the rationalism of Anselm of Canterbury, ‘the father of scholasticism’…the curious thing is that atheists and ‘anselmians’ alike argue in exactly the same way, with the same tool of the reason, putting themselves outside the universal and instinctive approach to religion through the millennia, which is ‘there must be something out there’. Anselm and his followers (rationalists, atheists or otherwise) represent an Edenic fall from knowledge, an abandonment of the eternal and immortal knowledge experienced through and imparted to the heart, in favour of the tiny, limited reason.”

Nowadays, as an Orthodox Christian, I have let go of the philosophical debates and endless arguments with atheists. Indeed, I care about others and what they do or do not believe in. But I do not seek any longer to dazzle with philosophical arguments, to try to define and confine God in a box of my own logic and “proofs”. Not one atheist in the world, I am convinced, is going to suddenly drop everything simply because they are given a foolproof philosophical argument for the existence of God. At most, they may embrace deism of some kind, but this is hardly the same thing as belief in the Trinitarian God of Christianity.

I quoted the above account of the blessed Fr. Georges Calciu to illustrate the approach that I think Orthodoxy espouses. The communist’s heart is changed not by i

Is it possible to convince an atheist in the existence of God by arguments and debates? Anthony from the Orthodox Christian website Death To The World reflects on the issue.

. This is similar to how Orthodox Christianity affected me, how it spoke to my heart.

As St. Silouan the Athonite says:

“No matter how much we may study, it is not possible to come to know God unless we live according to His commandments, for God is not known by science, but by the Holy Spirit. Many philosophers and learned men came to the belief that God exists, but they did not know God. It is one thing to believe that God exists and another to know Him. If someone has come to know God by the Holy Spirit, his soul will burn with love for God day and night, and his soul cannot be bound to any earthly thing.” 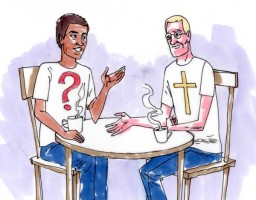 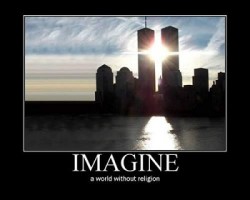 A Typical Attack There are different ways to talk about religion and atheism. A deep, thorough…