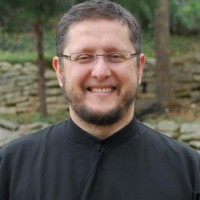 The truth is that prayer is easier said than done

The Church elders liken this sacrament with a second Baptism in which we are given the opportunity to be put back in our baptismal garments‚ and‚ with a clean soul and sins forgiven‚ we are made ...

Gossip‚ through any of its old or modern forms‚ it’s literally killing people because it destroys careers‚ reputations‚ marriages‚ friendships‚ it puts down everything one is trying to build‚ and for ...