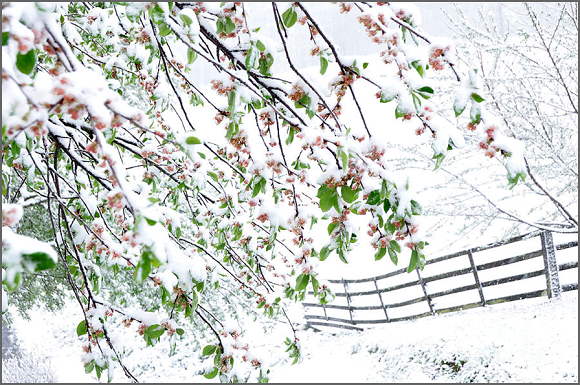 Coming back home from spring break was always a joy in my childhood. Somehow over the break nature magically started to come back to life. White blooming cherry trees, budding branches with baby leaves, green starting to fill the dried lawns – these were all signs that the dominion of winter was past and the rule of spring had begun. In some years, however, in the midst of this resurrection of nature, winter sent its last unexpected snowfall over the land. The tragedy was that any trees caught in bloom were doomed to a fruitless season, as the unmerciful cold destroyed their delicate flowers. It was the last temptation of winter, sweeping away any impatient tree that was too eager to show off its petals before the time was right.

In his insightful work “On Spiritual Deception,” St. Ignaty Branchianinov retells this story from the Prologue:

There was once a young monk who had the burning desire to become a recluse, in spite of the good advice of his abbot. At the persistence of the young monk, the abbot finally agreed to allow him to be locked in a small cell located in a cave high above the ground. There the young monk started his isolated ascetic life with prayers and fasting, receiving only a little food by means of a basket. One day the devil showed himself to him in the form of an angel, telling him that some thieves had stolen a man’s goods and that the loot was hidden in a place close by.

The next day the man who had suffered this loss showed up at the monk’s cave, where the latter told him where his goods were. Happy for the recovery of his things, the man told others of the miracle. Soon the monk began to be sought out by many people. Many people came to ask him for counsel and he prophesized to them with knowledge imparted to him by the deceiving angel.

After some time the devil came again as an angel, telling the monk that God had elected him to be taken to heaven and that he would come for him the next day. The ecstatic young monk immediately called for his abbot to tell him the news. But the abbot, recognizing the deceit, asked to be with him that night and to pray together before his departure.

During the night a host of deceiving angels came to take the young monk and fly away with him, but the abbot held him fast in his arms, praying fervently to God for help. The false angels were only able to get his mantyia [a sleeveless cape that fastens at the neck, worn by monks during services] and fly away with it. The mantyia was lifted up into the sky, from whence the dark angels let it fall all the way to the ground.

At that moment the abbot told the young monk: “See where your impatience and pride have led you? The devil would have done the same with you as he did with the mantyia, lifting you up in order to drop you to your death. Come now with me back to the monastery and resume your life with the other brothers.”

And so the young monk repented, spending the rest of his life in the monastery working on achieving the great virtues of obedience and humility.

This young monk’s story is not singular. There are many similar accounts in the collections of the lives of monks, retold by Elders to their spiritual children as warnings for those who, too eagerly and too soon, desire to reach the measure of the saints.

These stories, however, are not only for monks. In a way, each of us is that young monk. The great deceiver, the devil, likes to work in this way in the lives of us all, sending temptations our way that cater to our inner aspirations and desires. He tries to catch those who are spiritually unprepared, those who too early declare themselves as victors over sin, steering them on a slippery slope that ends with dire consequences.

The truth is that we often prematurely declare ourselves satisfied with our spiritual lives and lower our guard. We loose sight of the real state of our spiritual being and start thinking that we have made it. Many Christians, once they have begun the basic discipline of church attendance, fasting, daily prayer, Confession, and Communion, start thinking within themselves: “That’s it, heaven is within reach!” The story of the young monk tells us, however, that we should always keep a reference point outside of ourselves that can objectively alert us when we are straying from the path. We cannot be our own moral compasses, our own spiritual guides.

Asked to give a word unto salvation to a group of nuns in Jerusalem, Elder Arsenie Papacioc from Romania answered “Humility, only humility.” This is the real key to the Kingdom, because the humble man does not trust in himself, but constantly checks with others, considering them better than himself. Therefore he is always learning, always ready to change his ways to please the Lord more and more. The humble man realizes the need for a guide, for an unmoving spiritual reference point that can guide him safely through the complicated path of the life in Christ. 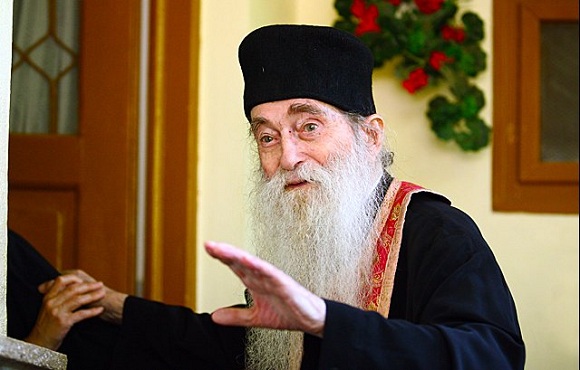 This Holy Week, we should recall the unfortunate story of Judas who, led by his own self-righteousness and greed, fell from his stature as a disciple of Christ to the lowest level of a traitor and, ultimately, to perdition through suicide. We should also recall the contrasting moment when, in the Garden of Gethsemane, we see Christ reaching out in fervent prayer to His Heavenly Father, asking for guidance before His Holy Passion: O My Father, if it be possible, let this cup pass from Me: nevertheless not as I will, but as Thou wilt (Mathew 26:39). He did not seek His own will, His own righteousness, but the guidance and the counsel of His Father.

Christ was tempted in his human nature, just as was Judas: Christ by fear, the other by greed. Each faced a last temptation before his final act, but their actions led to contrasting results: one to death and eternal damnation for himself, the other to salvation and life everlasting for the entire world.

Everyone has to choose one of these two paths in his spiritual life: the path of pride and self-sufficiency, or the path of humility and discipleship. Knowing the fruits of both, it is now up to us to make the right choice.