Source: Gladsome Light Dialogues – An Orthodox Blog
Gossip‚ through any of its old or modern forms‚ it’s literally killing people because it destroys careers‚ reputations‚ marriages‚ friendships‚ it puts down everything one is trying to build‚ and for what purpose?
Fr. Vasile Tudora | 13 March 2020 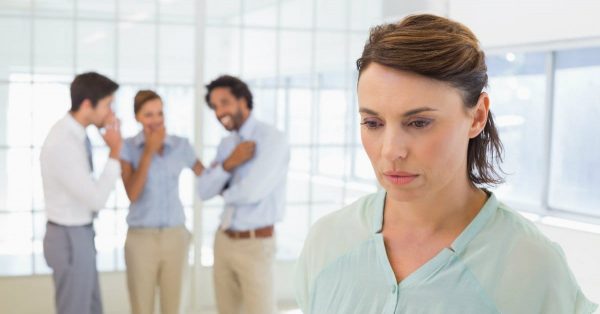 There is a story that circulates in Christian and Jewish circles about gossip. I was not able to track its origins but the story goes like this.

“There was a woman that liked to talk about other people’s affairs and spread unkind words around. One day however she felt remorseful and went to the priest to confess her sin. The priest listened to her confession and asked her if she truly understood the consequences of such hearsay activities. She uttered a rather unconvincing yes. Reading between the lines‚ the experienced priest offered her a penance‚ a small feat‚ he said‚ that will make her more aware of her sin. He told her: ‘Go home‚ take a feather pillow‚ climb on the tallest hill around the village and cut open the pillow with a knife‚ then come back.  So she went‚ got the pillow‚ went up the hill and there she cut it open. As soon as she did that‚ a strong wind blew in her direction and all the feathers were gone with the wind. Satisfied with herself she rushed to the priest to tell him that the deed was complete.  But the priest‚ far from satisfied told her: ‘Now go back and gather all the feathers‚ put them back into the pillow‚ every one of them‚ and bring it back to me.’  ‘But this is impossible’‚ cried the women‚ ‘who knows where they went?’  ‘Indeed’‚ smiled the priest‚ ‘so it happens with the words you are spreading around through gossip‚ who knows where they have gone and what harm they have done. Go home and gossip no more‚ least you harm the people around you. ‘”

Old fashioned gossip is a giant social phenomenon‚ that plagued societies ages before social media took the first row in the mass rumor spreading armamentarium. Gathered around bonfires‚ in coffee houses or market places people enjoyed speaking about other people for centuries. It is still a favorite pastime that with the aid of technology nowadays has become institutionalized.

Don’t get me wrong‚ I like the social network phenomenon‚ it links people together‚ it reunites old friends‚ keeps families in touch‚ allows us to quickly find out what’s going on from people we trust and‚ equally important some would say‚  we can also share cats pictures. I get it. I use it for all of the above as well‚ I am not a hypocrite. I also see‚ however‚ that there are great pitfalls coming with these new technologies that can hurt people even with the greatest of intent.

I’ll give you a couple of examples. You join an Orthodox group on a social media site. You post‚ with genuine intentions‚ something: a quote you like‚ an event you follow‚ anything. Then a person comments‚ another disagrees‚ more people join in‚ and with the greatest of intentions people end up calling each other names.  Is this in the name of truth and orthodox beliefs? Not so sure‚ maybe rather in the name of self-promotion‚ which seems to be the word of the day on any social engine. Another one‚  you’re a young adult‚ got lots of friends; you go out one night take a funny selfie and you post it online. A friend shares‚ another picks it up and suddenly it’s everywhere. You don’t worry about it though; after all you got a “viral” photo! In a few years‚ however‚ you get an interview for a job in a good company‚ all seems well until the funny picture that you forgot about resurfaces and makes them prefer someone that does not have such “funny” pictures on their profile. Social media has a memory that never dies‚ just as an old saying goes: “the gossiping tongue is only shut down by a pile of dirt”.

This brings us back to our subject‚ gossip‚ or‚ what we would call today‚ what’s “trending” about people. Is it good or bad?  In the end it’s all about being social‚ right? You gather in groups‚ virtual or not‚ and you speak of other people‚ seems harmless? Yes‚ indeed‚ until you become the subject of it and then it is not so much fun anymore.

We all have been at the losing end of the gossip stick. We know what it can do. Why do we keep  gossip then? People say it is something that is in our nature to be social‚ to want to know about one another. Indeed‚ by definition a person is made to be with others‚ to reflect in another person‚ to discover one’s self by contrasting with another. God Himself is a Trinity of Divine persons‚ living in Communion with One Another‚ the original Community that shares everything and yet each Person remains unique and different in their Divine Hypostases. The source of our social existence is indeed within God. We have all been created in His image and we only mimic Him when we interact with each other. Christ died at the center of the Cross uniting Divinity with mankind through its vertical axis and humanity within itself through its horizontal axis. The cross builds a community united in Christ that shares everything‚ yet uniquely expresses itself in each of its individuals. So we are built to share all God’s gifts‚ to live individual lives that come together in Christ‚ building up the Church with Christ as its head and us as its members.

Gossip however is a perverted image of this sharing community. The social gathering of the Church thrives in the diversity of gifts and strives for perfection in Christ‚ but it also understands and addresses with the outmost care any deviation from such perfection and purpose that we all are subject to. We call this sin and we know that‚ in the end‚ we are all sinners‚ save our Lord Jesus Christ.  The Church completely understands that personal achievements do not give anyone the right to judge others; on the contrary it should drive one towards a deeper understanding for those who are not as able or willing to walk on the straight and narrow.  St Silouan from Mt. Athos‚ said at one point:

“If you do not find pity on a sinner who will suffer in flames‚ then you do not carry the grace of the Holy Spirit‚ but rather an evil spirit; and while you yet live‚ you must free yourself from his clutches through repentance.”

Think about this‚ would I be content to rejoice in paradise knowing that some member of my family suffers in hell? And who is my family? We call each other brothers and sisters in Christ‚ but do we mean it when we whisper their sins behind their backs?

Gossip‚ through any of its old or modern forms‚ it’s literally killing people because it destroys careers‚ reputations‚ marriages‚ friendships‚ it puts down everything one is trying to build‚ and for what purpose? Because we are bored‚ or jealous‚ or have an urge to feel superior to someone‚ or we want to draw attention on ourselves‚ or maybe just want to fit in? There are better ways to feel accomplished than belittling your little brother or sister that made a mistake.

I recently stumbled upon a quote from metropolitan Anthony (Bloom) of Sourozh that sums up our attitude towards anyone that we May find fallen.

“Every one of us is in the image of God‚ and every one of us is like a damaged icon. But if we were given an icon damaged by time‚ damaged by circumstances‚ or desecrated by human hatred‚ we would treat it with reverence‚ with tenderness‚ with broken-heartedness. We would not pay attention primarily to the fact that it is damaged‚ but to the tragedy of its being damaged. We would concentrate on what is left of its beauty‚ and not on what is lost of its beauty. And this is what we must learn to do with regard to each person as an individual‚ but also – and this is not always as easy – with regard to groups of people‚ whether it be a parish or a denomination‚ or a nation.”

Wow! I was blown away reading it because it involves understanding‚ humility‚ compassion‚ love‚ care‚ community‚ all that we want to achieve in Christ through our spiritual struggle. The world is nothing else but a giant album of broken icons‚ because‚ let’s face it‚ we are all broken. This is so different from the idyllic image of ourselves we post everyday on social media. The true image of the world is in fact a broken facebook‚ an upside down social network‚ where all that is posted is true and genuine and needs fixing and healing through each other. We share the pain and we double the gain only together‚ not separating ourselves through stereotyping and judgment‚ but by uniting ourselves in the pains of growing in Christ.

Yes‚ we have to be social‚ but the kind of social that unites us in a tightly woven network of trust‚ understanding and compassion‚ not the kind that takes advantage of others to promote oneself. Let’s share words of healing‚ let’s humbly encourage each other in the good works we try to achieve‚ let’s lift each other up‚ let’s build together the house of the Lord‚ the One Church. Do we need an app for that?