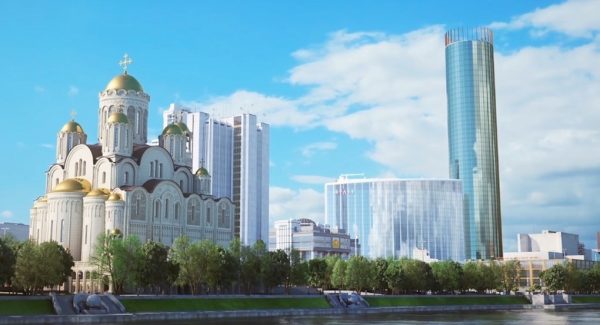 Yekaterinburg, May 22. The results of the poll conducted by the Russian Public Opinion Research Center (VCIOM) showing that the majority of Yekaterinburg residents oppose the construction of the church in the park give grounds to discard this option, Sverdlovsk Region governor Yevgeny Kuivashev said on his Instagram account.

“I believe that the figures published by the VCIOM give grounds to exclude the park in front of the Drama Theater from the list of possible places for St. Catherine’s Church. I will request Yekaterinburg Mayor Alexander Vysokinsky not to add this location to the list of places while holding the poll. We have solved this conflict, it has been settled. We will have to find a new site for the church together,” the governor said, reports Interfax.

As reported, according to the results of the VCIOM poll published on Wednesday, 58% of respondents believe that the church must not be built in the park.

Eighteen percent of Yekaterinburg residents said they completely oppose the construction of the church, while 7% of those polled said that they believe the church must be built in the park near the Drama Theater in line with the initial plan. Another 14% of participants in the poll said they believe this church could be built in the park, “if the project is adjusted with consideration to city residents’ opinions.”

“When directly asked whether the park near the Drama Theater is an appropriate or inappropriate place for the church, only 10% of those polled supported the choice of the site, while the majority of Yekaterinburg residents (74%) described this place as inappropriate,” the VCIOM said in a press release.