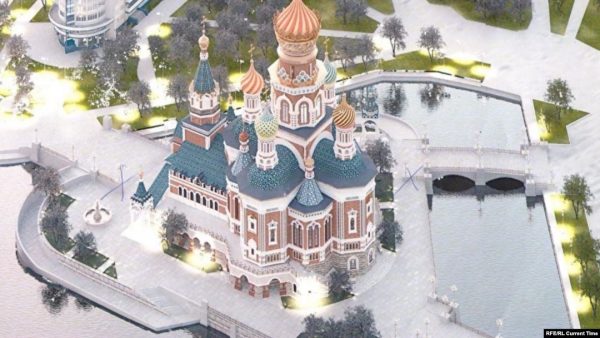 Project of the future Cathedral of the Great Martyr Saint Catherine

On the evening of May 13, Yekaterinburg residents organized a protest against plans to build a cathedral to replace a city square. That morning, fencing was installed around the square in preparation for construction work to begin. After photographs of the fencing spread on social media, opponents of the construction project began gathering around the square to protest. They were able to knock down the fencing, and once inside the square, the protesters erected a tent to remain there overnight. Several activists attempted to block a nearby road but stopped after facing resistance from police. 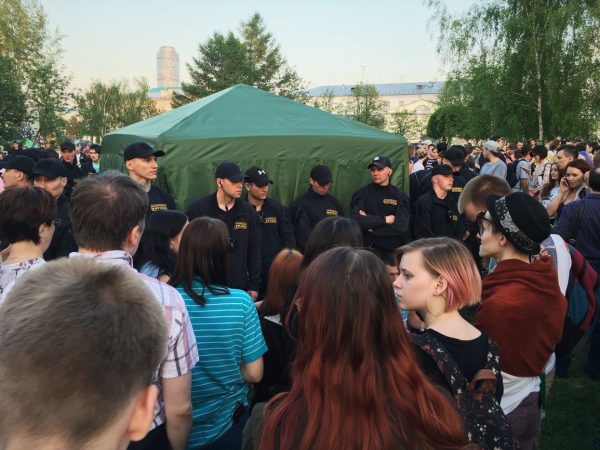 The Yekaterinburg Diocese has re-scheduled the prayer service it was planning to hold on Tuesday at the future construction site of a church in central Yekaterinburg, the diocese’s spokesperson Anzhela Tambova told Interfax on May 14.

“[The prayer service has been] postponed. Today it was nevertheless decided to pray at home and in parishes because prayer support in days like these is especially important. (…) Today Orthodox believers will also pray for the people who staged the unauthorized rally yesterday, and for the builders for all matters to conclude in favor of our society,” Tambova said.

The decision to postpone the service was influenced by the regional public transport ministry’s recommendations not to take part in unauthorized rallies, she said.

“I think there is a link [with the recommendations]. Orthodox people are law-abiding people. I think that various nuances were taken into account here, and a decision has been made to postpone [the prayer service], to hold it a little later, while reinforcing prayers during these days,” Tambova said.

It was reported that an unauthorized protest was held in Oktyabrskaya Square in Yekaterinburg on Monday, where a Cathedral of the Great Martyr Saint Catherine is due to be built. The people came out in defense of a small park to be replaced by the new church. The protest continued into the early hours of Tuesday.

The region’s public security ministry urged local people not to take part in unauthorized protests. Regional governor Yevgeny Kuivashev urged the conflicting sides to sit down at the negotiating table.

Attempts to provoke civil standoff over the church construction issue are unacceptable, the diocese said.

Last September the city’s architectural and urban-planning council decided to build a church in place of a small park in the city center. The idea was opposed by some residents. Their application for a referendum on the issue was turned down.