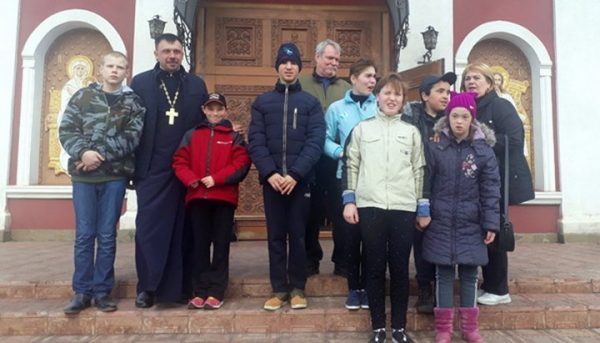 His teachers consider it a miracle.

A 12-year-old boy who had never spoken in his life uttered his first words after venerating a miraculous icon of St. Nicholas the Wonderworker in the Church of St. Nicholas in Krivoy Rog, Ukraine, reports the Diocese of Krivoy Rog.

The miracle, recorded by witnesses, occurred on March 24 during a visit to the church by children and teachers from the local Pearl Rehabilitation Center that works with children with autism and autism spectrum disorders. On March 24, the Ukrainian Church commemorates St. Alexei of Goloseev, who is venerated as the patron of those who have autism.

Special prayers for those with autism are read in all the churches and monasteries of the Ukrainian Church on his day. St. Alexei was himself mute until the age of 13, when he was healed on the feast of Pascha by St. Philaret (Amphiteatrov), the Metropolitan of Kiev.

“The event shocked the teachers who were there, who testified that a real miracle occurred by the prayers of the saint,” the diocesan report reads.

At the end of the visit, all the children received gifts of crosses, icons, and candy from St. Nicholas.