Source: DECR
Natalya Mihailova | 31 July 2015
On July 28, 2015, the commemoration day of St Vladimir Equal-to-the-Apostles, the millennium of his repose was marked in Thailand. 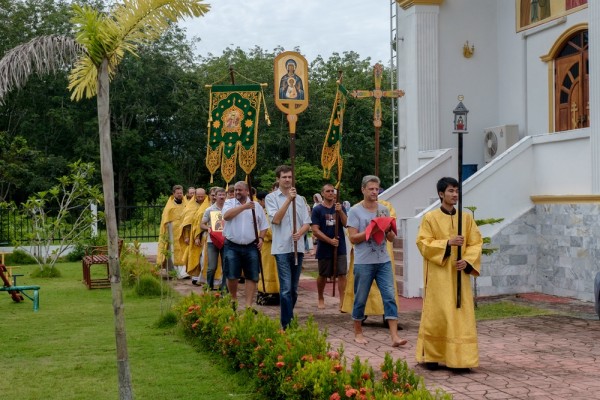 In accordance with the clergy’s joint decision, the celebrations took place at the Parish of the Life-Giving Trinity on Phuket Island. All-Night Vigil celebrated on the eve of the feast was followed on the feast day itself by the Divine Liturgy celebrated by Archimandrite Oleg (Cherepanin), representative of the Russian Orthodox Church in Thailand. He was assisted by the clergy of the ROC Representation serving in several churches in Thailand and Cambodia. 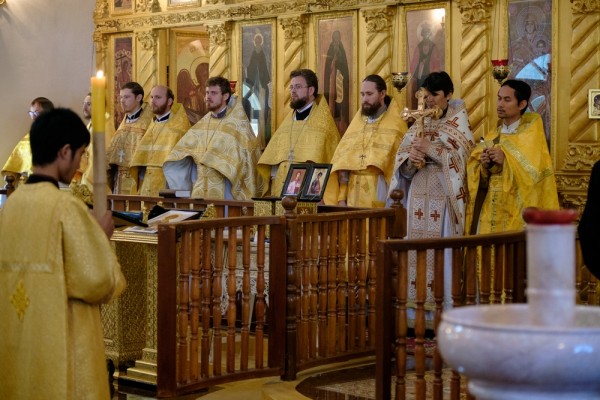 Before the service, an icon of St. Prince Vladimir Equal-to-the-Apostles, painted by the representation’s iconographer Rev. Roman Bychkov, was consecrated.

The Gospel and the Acts were read in Slavonic and Thai. After the Reading of the Gospel, Father Oleg read out the Massage of Patriarch Kirill of Moscow and All Russia issued on the occasion of the millennium of St. Vladimir’s repose, and after the Dismissal he addressed the congregations, greeting them on the occasion and thanking them all for their work for the good of the Holy Church. He also presented church awards to some clergy of the Representation.

After that, a thanksgiving to St. Vladimir was celebrated and a procession with the cross was made around the church.

Later that day, there was a presentation of the new book Prince Vladimir the Red Sun in its Russian and Thai versions. In conclusion of the celebrations, a festive dinner was given by the Parish of the Trinity for the clergy and parishioners, the website of the Russian Orthodox Church in Thailand reports.