Source: DECR
On 31 March 2014, His Beatitude Patriarch John X of Antioch and All the East received in his residence in Balamand, Lebanon, a delegation of the Imperial Orthodox Palestine Society (IOPS), led by its chairman Mr. Sergei Stepashin, the website of the Representation of the Russian Orthodox Church in Beirut reports.
Natalya Mihailova | 03 April 2014 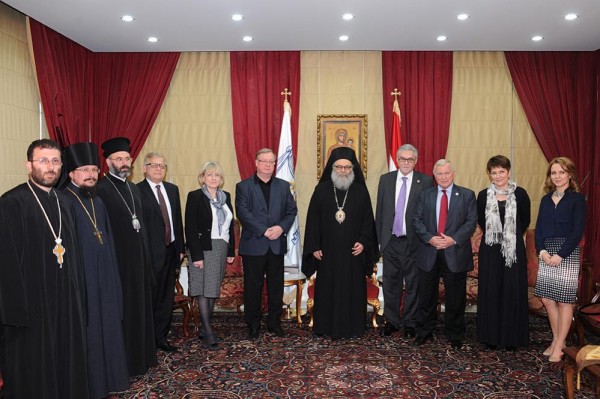 His Beatitude Patriarch John cordially thanked the head of the IOPS for the humanitarian aid which the Imperial Orthodox Palestine Society has been rendering to the suffering Syrian people.

Mr. Stepashin suggested opening the IOPS branches in Lebanon and Syria. His Beatitude expressed his support for the idea. The participants in the meeting also discussed the prospects for the students of the Church of Antioch to study at the theological educational institutions of the Russian Orthodox Church, as well as some other issues.