After my realisation that the Christology of the Church Fathers is the cornerstone of Christian Theology, I began to immerse myself in the creeds and minutes of the Ecumenical Councils. I was especially intrigued by the Council of Chalcedon.
Minas Monir | 05 May 2010

PART I The Road to Chalcedon 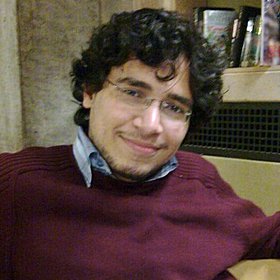 After my realisation that the Christology of the Church Fathers is the cornerstone of Christian Theology, I began to immerse myself in the creeds and minutes of the Ecumenical Councils. I was especially intrigued by the Council of Chalcedon. I remember when I bought the three volume set of the acts of the Council of Chalcedon published by Liverpool University and I began to pore over the details that led to its decisions and to the confession of faith. There may be disagreements about some of the events that took place at the Councils but an examination of the Council of Chalcedon’s sessions and the creed that emerged from them, gives us a deep insight into the thinking of those who put the Christian creed into words. It illustrates and how they understood Christ.

As I had personally experienced, any unbalance in understanding who Christ is will inevitably shake the whole Christian belief.  That’s why the Fathers of the Church were carefully using unique and specific terminology for the creed. They did not imitate or invent a myth but they crafted the template with which we describe the truth of the revelation recorded in the Scripture. The work of the Holy Spirit was obvious in their witness to the one truth. This ensured that terminology didn’t take over meaning, but rather it illuminated it.

The Fathers were not merely debating irrelevant or other-worldly concepts and so they were mindful of their responsibility to defend the faith carried to us by the Apostles. This endeavor was the crux of the Ecumenical Council of Chalcedon. This time, the question was not one of loyalty to the preferred terminology of a certain person but of loyalty to the faith. This was the core of St. Leo the Great’s famous letter best known as the Tome.

In my opinion, the most important passage in the Tome is number IV. This passage of the Tome summarises the meaning of the scriptures and echoes Paul’s two famous poetic passages in Philippians 2: 6 and Galatians 4:4-6, which describe how God became man and gathered weakness with almightiness in His very own Person. St. Leo ends with the conclusion “…Therefore in consequence of this unity of person which is to be understood in both natures , we read of the Son of Man also descending from heaven, when the Son of God took flesh from the Virgin who bore Him. And again the Son of God is said to have been crucified and buried, although it was not actually in His Divinity whereby the Only-begotten is co-eternal and con-substantial with the Father, but in His weak human nature that He suffered these things. And so it is that in the Creed also we all confess that the Only-begotten Son of God was crucified and buried, according to that saying of the Apostle: “for if they had known, they would never have crucified the Lord of glor.” (1 Corinthians 2:8).

The Chalcedonian creed grew meaningfully in this spirit. Despite the use of classic patristic terms like “Theotokos” and “hypostasis”, it was not limited by terminology. It managed to be, as Karl Rahner says, “both; a point of end and beginning. As much as it managed to explain a doctrine and put an end to nearly two hundred years of controversy, it managed to be the base for a deeper Christian anthropology in the light of Divine love.”

Having answered my initial question of who is Christ and grounded my understanding of what that practically means through studying the Council of Chalcedon, I began to take steps in deepening my concept of faith and spirituality. I found that there are two kinds of spirituality; a real and a fake one. Real spirituality is based on Christ as the reality and the cornerstone of the Church. He is Truth (Jn 14:6) and real spirituality is abiding in Him (1 Jn 2: 28). In contrast, fake spirituality often emanates from shifting emotional needs. Some people enact a superficial spirituality out of fear of hell or judgment, while others seek good deeds to satisfy something inside them or wear a mask like the Pharisees (Mark 12:40). This appearance of spirituality cannot carry on permanently and can never be as beautiful or solid as a spirituality based on the image of the God Man i.e. Theanthropos. When spirituality is deeply rooted in the knowledge of Christology, we are better equipped to recognize the beauty and meaningfulness of Christian life.

Here came the crucial point. I knew that believing in Christ should be based on two important concepts; firstly, we should understand that incarnation is not only that the Son assumed flesh in the womb of the Mother of God. That was only the beginning. Incarnation found its fulfillment when God the Son lived the whole human experience with all its limitations. Jesus poured from His divine light into the human experience and delivered it to God as Paul says, “Wherefore in all things it behoved him to be made like unto his brethren … For in that he himself hath suffered being tempted, he is able to succour them that are tempted” (Hebrew 2:17-18). This makes the human form complete and enables it to be deified. In this way, Christ becomes the Archetype of man and the goal of a deified humanity. He is Alpha and Omega.

Secondly, we need to see the divine person. So, the second Hypostasis of the Holy Trinity, that  is the Son, took human form. Consequently, our nature is inside his hypostasis and in this way we meet God, not merely a prophet, because Jesus is the expression of God’s essence (Hebrews 1: 3). That’s why when we see Jesus, “we all, with open face beholding as in a glass the glory of the Lord” ( 2 Cor 3:18).  St. Leontius of Byzantium used the term enhypostaton , which means Christ’s human nature had never been in a human person or different person from God, but became personalized in His Divine hypostasis/person.

Salvation is crossing to the “other” nature. I remember a beautiful definition of redemption in the recent book of Pope Benedict XVI, which says, “the disciple who walks with Jesus is thus caught up with him into communion with God. And that is what redemption means: this stepping beyond the limits of human nature, which had been there as a possibility and an expectation in man, God’s image and likeness, since the moment of creation.”[2]

This is the difference that an understanding of Christology made in my life. To believe in the God-Man is to know how much God loves his creation and especially mankind. Because He Himself became man living the experience of human nature and leading it to the divine mode of being even though humans killed him. It’s almost impossible to understand this ultimate self-giving as described by St. Paul in Philippians 2: 4-6 and continue to treat people with disrespect.

At the heart of Salvation is the divine inhumanation, whereby God the Father sees His own Beloved Son’s face in human form. Through Jesus’ being one among us,[3] God the Father sees us in His Son. He pours His Spirit in us through his Son, so we partake of His Sonship (Galatians 4: 4-8). At the same time, in Jesus we see the divine nature, the Divine prosopon.[4]

The real meaning of this was beautifully expressed by an interesting story that Henri Boulad, a Jesuit monk, told us during the first Theological-Ecumenical Conference in our Church in Egypt. When the Jesuit order in Egypt was preparing the next issue of its annual magazine, Boulad was asked to choose a picture of Jesus for the cover. He saw icons and images from here and there but then he chose a picture of a homeless child he saw in the street. He said when we can see the divine image in that child and move towards it with love as God did with us through his incarnation, then we become saved.

So, we truly accept salvation when we see the divine image of the Son within the humanity of every human being we meet. Then we can see Christ in them and pour our love on them, even God pours his divine light through us – His Eucharistic community – so we become His priests for the new glorified world exactly as Paul said in Romans 8: 19 – 20.

It is these concepts that were put into words in the Chalcedonian creed and these same concepts are exactly those that were rejected by the Non-Chalcedonians, such as the Coptic Church in which I had been raised. Consequently, they reject the whole orthodox teaching of salvation as I have come to understand it.[5] In September 2006, having concluded all of this, I said to myself, “It’s time for change!” and I was received into communion with the Orthodox Church where I’m now celebrating and living the fullness of the divine economy and its 2000 years of  life and prayers.

Now, if the same history teacher asked me the question “Who is Jesus?” again, I would reply with the same answer; Jesus is God and Man. I won’t be perplexed this time, not because I could reveal the mystery of incarnation but because now I understand it and accept it by faith. However, I don’t think that she will be less perplexed.

[1] This term is derived from Theanthropos; a Greek patristic word that means “The God Man”, who is Christ.

[4] Prosopon means person, in Christ we meet God personally because Christ is not different to the divine son or even united with him. Christ is the divine person Himself.

[5] That led to a series of condemnations inside the Coptic Church against scholars who accepted deification and salvation as mentioned before. The most famous case is the excommunication of the prominent scholar George H. Bebawi who serves now under the Russian Orthodox Church.