The absence of Jesus in his own birth celebration is coined in the new expression of Xmas in which the name “Christ” was substituted by the depersonalizing symbol of any unknown “x.”
Minas Monir | 28 December 2011 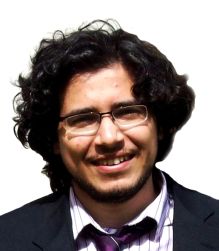 This is my second Christmas outside the Middle East. Last year I spent it in Boston where one of the largest world shopping malls, the Prudential Centre, was fully occupied by thousands of people who were striving to collect the most possible amount of goods they can afford to buy. I remember the scenes of the ladies who were carrying monstrous number of bags in their hands and hurrying up to get their stuff before the mall shuts its doors. This Christmas I’m in England where the scene is a bit subtle yet it’s the same attitude on the other side of the Atlantic Ocean.

The social challenge of consumerism culture is crystallized every year in the Nativity time. Yet, it has become a normal behaviour. The Telegraph has published some statistics showing that striving for buying DVD players and having two cars has become a norm in Britain compared to the same place 20 years ago. This has to be paid off; the Daily Mail has shown that Mothers have become and the same pressure that their husbands are being through in order to meet their work deadline to be able to pay for their Christmas debts. This comes due to the new wave of adverts encouraging greed, as psychologists believe. I myself saw one of them where the children are in Christmas dancing and waving electronic devices, instead of showing any emotional pulses in Christmas, while a mother saying “YES!” for her son to buy him Xbox. Experts believe that such an advert, according to the Daily Mail, might cost the mother up to £2,000 in the few seconds of its broadcast. The worrying reports of the British National Statistics Office show that a typical working mother spends as little as 19 minutes a day with her children; working fathers even less.

The demands for luxury devices such iPads and DVD players afflicted a country like the UK by “pure criminality” as the British Prime Minister David Cameron described the violent riots stormed Britain this year. The economic crisis couldn’t feed the frenzy public who were overwhelmed by the expensive brands and labels. Groups of English teenagers managed in what Adolf Hitler failed to accomplish; the mighty city of London was set into fire for the first time since World War II by hundreds of youth who attacked shopping centres to steal DVD players and expensive pairs of trainers. Although those rioters were threatened by imprisonment for years, the riots broke out all over the Britain and deaths were reported. Meanwhile, thousands of Americans were queuing in open airs, under snow, for days waiting the first shopping stores in New York to start selling iPad devices. The absence of Jesus in his own birth celebration is coined in the new expression of Xmas in which the name “Christ” was substituted by the depersonalizing symbol of any unknown “x.”

The necessity for restoring the Christmas spirit is not stemming from a mere religious concern, but also from the urgent calls to rescue the world from being swallowed up into a severe economic crisis due to the lavish expenditure of individuals today.

A Different set of priorities

Few days ago, more than 35 Nigerian Christians were killed and nearly 52 injured after the radical Islamist group Boko Haram attacked a Roman Catholic church in Lagos. Christians in Nigeria fear more attacks while they are approaching New Year Eve. Meanwhile, Egyptian Christians who suffered in 2011 more than any other Christian community are approaching Christmas with an account of tens of victims, hundreds of injuries and bombed churches. The fear from the Islamists is justifiably increasing after the latter groups achieved a striking victory of the parliamentary elections and the blatant support they receive from the current regime in Egypt. Several Churches in Egypt decided to give up the forms of celebration this Christmas and declared the mourning state.

The priorities of Middle East Christians are how to be able to protect their lives and to manage under the severe economic and social problems. In such a context, the centricity of Jesus in the heart of Christmas is glorified since it is Him who experienced the same conditions. Jesus was born among a marginalized Jewish community that suffered the social and financial burdens set by the Roman prefect.

The church precisely celebrates the launch of the kingdom of God which Jesus inaugurated by his birth in the neglected Bethlehem, among the marginalized and the poor. One of the interesting notices that the famous scholar Tom Wright embarks upon is the people’s often omission of the second part of Mary’s famous prayer in Luke 1:48 in Luke which says: He hath shewed strength with his arm; he hath scattered the proud in the imagination of their hearts. He hath put down the mighty from their seats, and exalted them of low degree. He hath filled the hungry with good things; and the rich he hath sent empty away. (Luke 1:51-53)