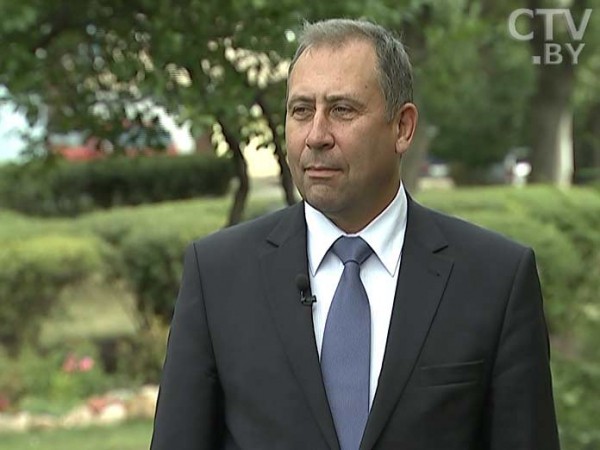 The statement was made by Belarusian Minister of Natural Resources and Environmental Protection Andrei Kovkhuto during a meeting of the coordinating council on the development of joint programs of cooperation between the public authorities and the Belarusian Orthodox Church on 20 August, BelTA has learned.

A conference to mark the 30th anniversary of the biggest man-made environmental disaster in the 20th century, the accident at the Chernobyl nuclear power plant, will be one of such events. “We still feel the impact of the Chernobyl disaster. The regions that were affected by that catastrophe continue facing social, environmental, economic, and humanitarian problems. The events to mark the 30th anniversary of the Chernobyl disaster will demonstrate to the international community that the Belarusian state, the Orthodox Church, and the society have been taking effective measures to revive the affected areas,” the minister said.

As for the cooperation between the Belarusian Ministry of Natural Resources and Environmental Protection and the Orthodox Church, Andrei Kovkhuto stressed that the environmental situation depends heavily on the moral state of the society. “We believe that the cooperation between our ministry and the Belarusian Orthodox Church in preserving the natural and cultural heritage of the country is relevant today,” the minister noted.

The meeting of the coordinating council on the development of joint programs of cooperation between the public authorities and the Belarusian Orthodox Church was held in Berezinsky Biosphere Reserve, Lepel District. During the event, the participants discussed the status of implementation of the cooperation program which was adopted in 2004, and charted new projects. The meeting was attended by representatives of the Belarusian Orthodox Church, experts of the Ministry of Natural Resources and Environment Protection and other agencies, public environmentalists.