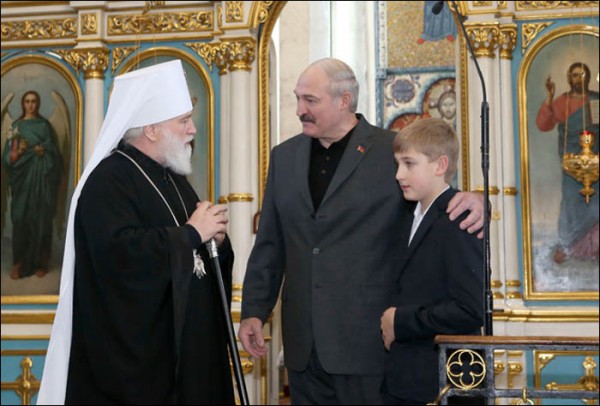 “We would like to express our deep gratitude to President of the Republic of Belarus Alexander Lukashenko for his support of the traditional Christian values, recognition of their importance for the Belarusian national culture and human life,” the statement said.

In his message about the church and public life with the participation of the Belarusian President, Metropolitan of Minsk and Zaslavl Pavel, Patriarchal Exarch of All Belarus, said that on 9 January 2015 the head of state attended a solemn ceremony to present the awards “For spiritual revival”. The Metropolitan drew the attention to the fact that in his speech the President of Belarus said: “The commitment to the Christian values, moral and aesthetic traditions is one of the main factors in the development of the Belarusian nation”.

In addition, the Synod decided to “express the hope that the good relations between the Belarusian President and the Belarusian Orthodox Church will be growing stronger for the common good of people.”

Most viewed articles
Hallowed Be Your Name: Some Grammar and A Reflection213
Who Is the Author of Confusion and Fear?175
Church Dating 1,600 Years Back Discovered in Turkey’s Priene Ancient City159
How to Read the Bible100
Seven-day celebrations dedicated to the Saint who helped Bucharest during plague epidemic begin on Thursday82
Holy Intercession Church in Glen Cove, NY, Celebrates its 70th Anniversary70
Patriarch Kirill Encourages the Media to Report Proper and Adequate Information about the Church61
Since the Start of the Pandemic Moscow Priests Have Made Over 4,000 Visits to Patients with COVID-1942
Words from St. Isaac of Syria1
Most popular authors
Archpriest Michael Gillis213
Fr. Stephen Powley175
Pravmir.com team173
Dilan Pamuk159
Archpriest Lawrence Farley100
Aurelian Iftimiu82
Archpriest Stephen Freeman1