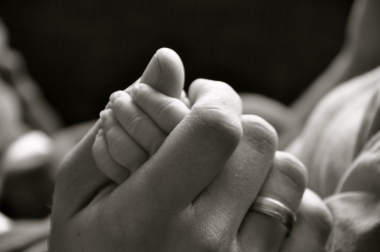 The legalisation of child euthanasia in Belgium has provoked sadness from many in the Christian community.

The Belgian parliament voted last Thursday to remove restrictions on euthanasia for people under the age of 18.  Euthanasia has been legal in the country since 2002.

Responding to the vote, President of the Evangelical Alliance in Belgium, Herman Spaargaren, told Christian Today: “The problem is that nobody thinks about what is coming after death.

“Also the meaning of life in the sight of God has become a non-issue.”

Kris Vleugels of C’axent, a Christian political movement from the Flanders region, said he could not describe his reaction as one of disbelief “for I am used to the culture of death in our Belgian Parliament, but sadness, yes”.

“We prayed that enough MPs would open their eyes for the huge dangers that come with the passing of this bill … it opens the Pandora Box again.”

The law comes with certain checks in place.  It is limited only to children who are terminally ill and suffering chronic pain that cannot be managed by medication.

Asked if he thought these safeguards were enough, Mr Vleuges said: “Up to now these death laws have always been the start of a worsening legislation

“I know people in the follow up commissions of the Belgian abortion and euthanasia laws. They are very clear about the consequences: the numbers grow.

“One of the arguments of the pro-euthanasia camp is that, when legalised, the number of abortions and euthanasia practices will shrink. The opposite is true.”

Mr Spaargaren suggested Belgians make their feelings on the law known at the next elections in May.

“It would be good if the government would feel in the elections that they made a wrong decision, without the consent of the majority of the Belgium population,” he said.

Mr Vleugels said it was still possible that the highest ranking Christian in the country, King Philippe, would act out of conscience and refuse to sign the bill into law.

“Maybe the reason the Flemish nationalist (opposition) party, N-VA, supported the bill was thinking our religious king won’t sign it,” said Mr Vleugels.  “Then there will be discussion about the role of the king.”

A petition on the CitizenGo website calling for King Philipe to refuse to sign the euthanasia bill has been signed by over 118,900 people.

“You are the King of the Belgians and as such committed to your people. You are used to signing every law that has been adopted by the democratically elected Parliament, even if you do not agree with them”, the petition states.

“This law is unique and it serves as a sign to other countries that it might be permissible to introduce such laws.

“As concerned citizens of Europe, we write to you to urge you not to sign this bill, even if it will be a challenge for you to defend this decision. Please do not say yes to the most frightening law on euthanasia worldwide.”

If King Philippe did refuse to sign the bill, it would not be the first time he has used his royal powers to defy lawmakers.

In December last year, he used what one Belgian Mayor described as “a custom dating from the middle ages or Roman Empire” to offer pardons to 11 people convicted of traffic offences.

However refusing to sign a law of this magnitude could create a constitutional crisis in Belgium and threaten the end of the monarchy.

Life-size statue of King Michael I…

In some areas of church life, innovation is appropriate, but the practice…

Most viewed articles
The Religion of Self164
Christ the Life Giver157
(VIDEO)Celebrating 5 years of Byzanfest International Orthodox Film Festival113
Patriarch Kirill Answers Questions from Participants of the Ninth Faith and Word Festival113
“He preached the message of the Resurrection for 12 years”: First Bishop of Deva Gurie Georgiu laid to rest at Cathedral of St Nicholas70
Patriarch Kirill: “An Effective Way to Overcome Social and Economical Dead End Is to Be Guided by the Word of God”58
Why Pray if Nothing Changes?50
The Pain that Leads to Joy44
Patriarch Kirill Speaks on Appropriate Innovation in the Church39
Life-size statue of King Michael I unveiled in Sinaia marking 100 years since the monarch’s birth34
Most popular authors
Pravmir.com team323
Fr. Gabriel Bilas164
Fr. Theodore Stylianopoulos157
Aurelian Iftimiu104
Metropolitan Hilarion (Alfeyev)50
Fr. Andreas Agathokleous44